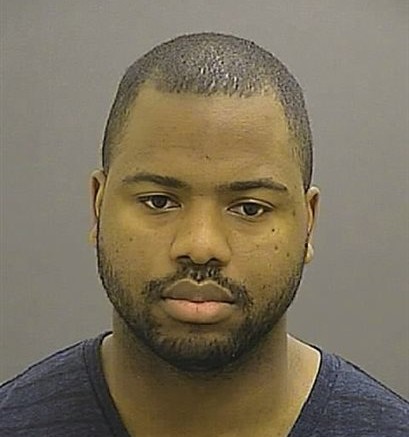 FILE - This file photo provided by the Baltimore Police Department on Friday, May 1, 2015 shows William G. Porter, one of six police officers charged with felonies ranging from assault to murder in the death of Freddie Gray. Porter took the stand Wednesday, Dec. 9, 2015 in his own defense. If convicted on all charges, the maximum penalty he faces is about 25 years. (Baltimore Police Department via AP, FILE)

BALTIMORE (AP) — Baltimore police officers rarely, if ever, put seat belts on prisoners they transport in the department’s wagons, according to witnesses who testified on behalf of William Porter, one of six officers charged in the death of Freddie Gray.

Porter is facing manslaughter, assault, misconduct in office and reckless endangerment charges stemming from Gray’s death on April 19, a week after his neck was broken in the back of a transport wagon. Prosecutors say Porter was criminally negligent for ignoring departmental policy requiring officers to seat belt prisoners, and for failing to call a medic immediately after Gray indicated he needed aid.

Porter testified he saw no signs that Gray was wounded or injured, and that it was the wagon driver’s responsibility to make sure Gray was fastened in a seat belt before driving away.

On Thursday, the second day of defense testimony, police officers told jurors that although the policy says all detainees should be buckled into seat belts, officers working the streets of Baltimore rarely adhere to those rules.

And a Virginia police chief who previously was a high-ranking Baltimore police official testified as an expert witness that Porter’s actions were “objectively reasonable” on the day Gray was injured.

Charlottesville Police Chief Timothy Longo said Porter, whose service weapon was clipped to his belt at the time of Gray’s arrest, likely didn’t want to risk climbing into a confined space with a detainee whom Porter believed had been kicking, shaking the wagon and resisting arrest.

Longo also told jurors that all officers must use their discretion when determining how to interpret a policy or procedure. Longo said general orders such as the seat belt policy “don’t create a higher standard in criminal or civil proceedings.”

Longo said van driver Caesar Goodson was ultimately responsible for making sure Gray was belted in because Gray was in his custody. Goodson faces the most serious charge in the case: second-degree “depraved heart” murder.

Michael Wood, an officer who worked with Porter in the Western District, told jurors that of the roughly 100 arrests he’s been a party to, he’s never belted in a prisoner or observed another officer buckling in a detainee.

“Personally, I’ve never seen anybody belted in,” he said.

Another Baltimore officer, Mark Gladhill, testified that when he’s had detainees who complained of injuries or displayed signs of distress, he’s taken them directly to the hospital rather than call a medic to the scene, even if he didn’t see any signs of injury.

Also Thursday, neurosurgeon Dr. Matthew Ammerman testified that Gray would have been instantly paralyzed from the neck down, whereas the state’s autopsy report concluded the injury and its effects were progressive. Ammerman said Gray’s injuries were so severe he likely wouldn’t have survived even with immediate medical attention.

“With these types of spinal injuries, even with the best medical care, the outcome is usually death,” Ammerman said.

He also said the injury would have immediately rendered Gray unable to speak. In Ammerman’s opinion, the injury occurred after Porter’s last exchange with Gray, at the van’s fifth stop, and before the prisoner was found unconscious at the sixth and final stop.