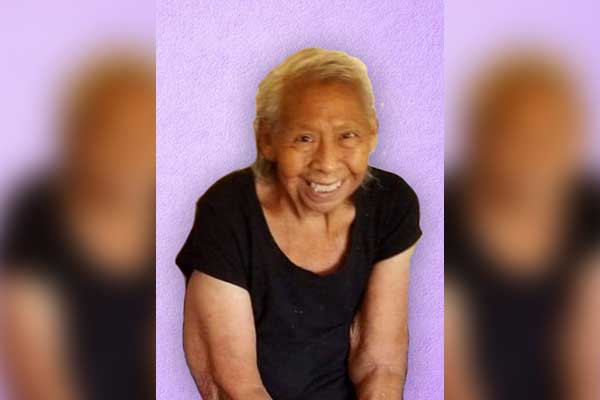 Ester Nunez Cruz was born on November 30,1940, the daughter of Ruperto and Serapia Nunez Cruz in Clifton. She was one of ten children.

Ester was preceded in death by: her four brothers, Ruben Nunez, Rosoillo Cruz, Manuel Cruz and Luis Cruz; and two sisters, Maria Cruz and Teresa Cruz. She leaves behind: her three sisters, Lucia Garcia, Cecilia Cruz, and Julia Alva. Ester did not have children of her own however, she was a second mother to many of her sister’s children and also her great nieces and nephews.

Ester worked as a cook most of her life until she became ill with breast cancer. She successfully completed surgery and chemotherapy and was in remission for five years until the cancer came back aggressively throughout her body. The cancer would not beat her, she defied all odds against her and continued to wow doctors with her ability to overcome every complication associated with cancer. For ten years her strength prevailed. Ester’s niece, Marcella and her husband Gilbert Mesa, would take her to her weekly appointments and her great-niece, Sophia Mesa, moved her into her home and became her caretaker. Ester loved to be at every event her nieces and nephews had. She also attended every community event. Everyone who knew her loved her. Ester will be greatly missed may she rest in peace.

A Mass of Christian Burial for Ester will be celebrated Saturday morning, August 3, 2019, at 10:00 a.m., at Sacred Heart Catholic Church in Clifton, by Rev. Nathaniel Mma. Committal will follow in the Sacred Heart Cemetery.

A Rosary and prayers will be offered Saturday morning, August 3, 2019, at 9:00 a.m., at Sacred Heart Catholic Church in Clifton, led by Ron Deblasi.

The family will receive friends Saturday morning from 8:00 a.m. until 9:00 a.m., also at the church.