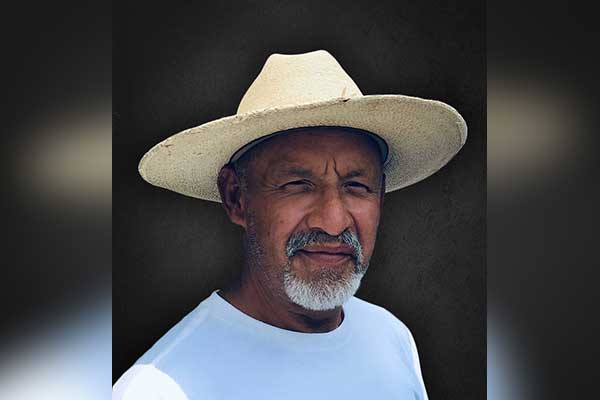 Ernesto was raised in Aravaipa Canyon in the family business of cattle ranching. He wore his cowboy boots and hat in pride of heritage. He spoke honestly and from his heart and as a man of the Lord. Ernesto was a master of all trades and never shied away from hard work and opportunity. He worked as a hard rock miner with Magma Mine until 1986 when he ventured out for a new life in the big city. He worked with his hands and strived to be of service to whomever needed him. He was also a business owner, a CDL truck driver, plumber and HVAC Tech. He was forced to retire due to a heart condition.

Upon retirement, he moved back to Aravaipa Canyon for a short time and ended up in Fort Thomas. He enjoyed wood working, art, music, remodeling, landscaping, amateur archeology and rock hunting. His life was a journey to be admired. He will be greatly missed and will live forever in our hearts. Ernesto will be laid to rest in Aravaipa Canyon with his grandparents at the Salazar Family Cemetery.

Mass of Christian Burial for Ernesto will be celebrated Friday, January 10, 2020, at 11:00 a.m., at St. Rose of Lima Catholic Church by Rev. Nicodemus Shaghel. Committal will follow in the Salazar Family Cemetery in Aravaipa.