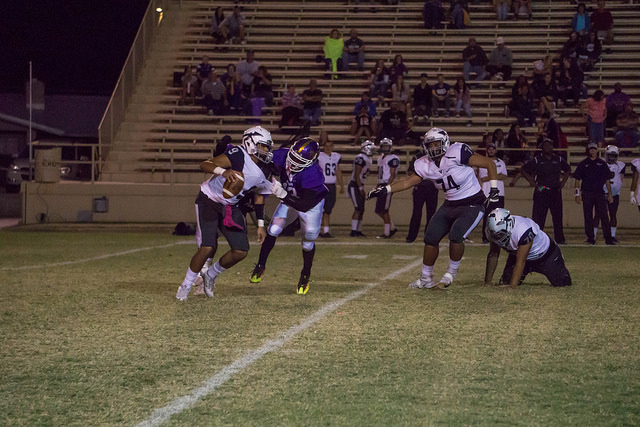 EAC used its dominate offensive line to grind out 206 yards and 2 TD’s in the win. Eastern Head Coach John O’Mera said,”If it wasn’t for our defense tonight, I don’t know if we would of won. Our offense needs to get better.”

Freshman Quarterback To’a MauMau and Sophomore Running Back Wilbur Cooper both found pay dirt on the night. Cooper finished the night with 66 yards on the ground. QB Ishois Times was the leading rusher for the Gila Monsters as gained 88 yards on the ground. He completed one pass for 17 yards.

Demarkus Robbins added a 36 yard fumbled recovery for the Monsters to cap off the win.

The game was delayed for nearly an hour with 9:40 to play in the game when a huge rain storm enveloped Mickelson Stadium.