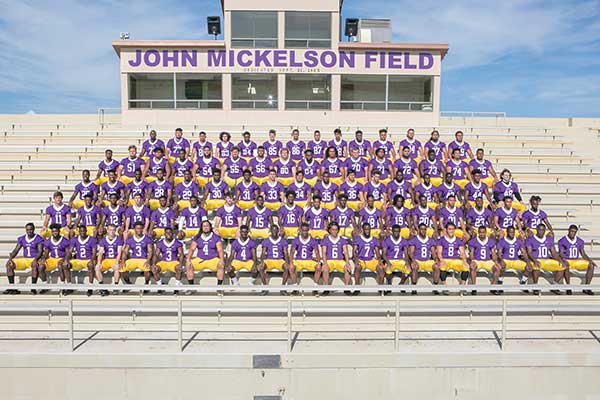 THATCHER, Ariz. – After a careful review of the logistical and financial viability of its football program since the collapse of the Western States Football League (WSFL), Eastern Arizona College (EAC) announced that 2018 will be its final football season. EAC’s coaching staff, student-athletes, and employees have been notified. All scholarships that have been offered to student-athletes will be honored, and decisions to either continue their studies at EAC or transfer to a school that best fits their needs and circumstances will be respected.

“This has been extremely difficult decision we have been forced to make,” stated EAC President Todd Haynie. “We understand the profound consequences this has to our student-athletes, their dedicated coaches, and passionate supporters. EAC has a long and storied football tradition that spans nearly 100 years. The program has been a focal point of campus life and has enabled the College to expand the reach of our student body and provide opportunities for students to gain an education who might not otherwise have been able to. However, with drastic changes taking place within the league that are outside our control, and as stewards entrusted with public funds, we must conclude that an altered program will not allow EAC to maintain a balance of costs and benefits.”

EAC’s football program was a member of the WSFL which originally included eight teams. Throughout 2018, all four colleges in the Maricopa Community College District, along with Pima Community College and Arizona Western College, announced decisions to eliminate their programs. EAC and Snow College remained as the league’s only members, effectively dissolving the WSFL.

The decision to end football at EAC was based on an unbiased review of the potential for a viable schedule within the constraints of a responsible budget. EAC spent months looking at every aspect – finances, enrollment, housing, food services, academic programs, and, most importantly, students – to determine the effect of eliminating the football program. EAC hosted an open house where the public generously provided honest feedback, and various campus and community leaders offered valuable input. This review concluded that the amount of spending was not proportional to the program’s contribution to EAC’s institutional mission.

Regardless of uncertainty in the league and an extensive review of the football program, EAC Head Football Coach John O’Mera expertly led the team to win the 2018 WSFL Championship and received an invitation to play in the Mississippi Bowl. Since 2005, under O’Mera’s direction, EAC’s football program has experienced tremendous success, winning 105 games and receiving six bowl invitations with three bowl victories. Additionally, Coach O’Mera was named the 2018 WSFL Co-Coach of the Year.

“I am extremely proud of our football heritage – the team, coaches and staff,” stated Haynie. “We will miss their performances on the field, the perspectives they offered in the classroom, and our associations with them on campus.”