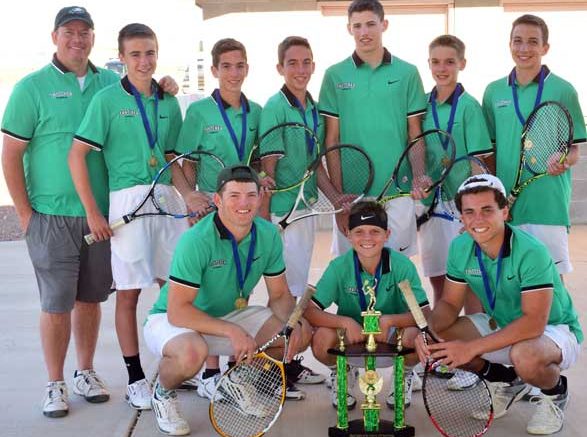 Long after the security and comfort of their high school days have ended, they will remember the life lessons introduced through their athletic participation and hopefully be part of what they leave with. The question they will encounter as they enter the work force is “What experience do you have?”

Head coach Chris Cook told the Eagles, “I don’t care if you win or lose. I want you to work hard and do your best every time you set foot on the court. Now go out and have fun.” 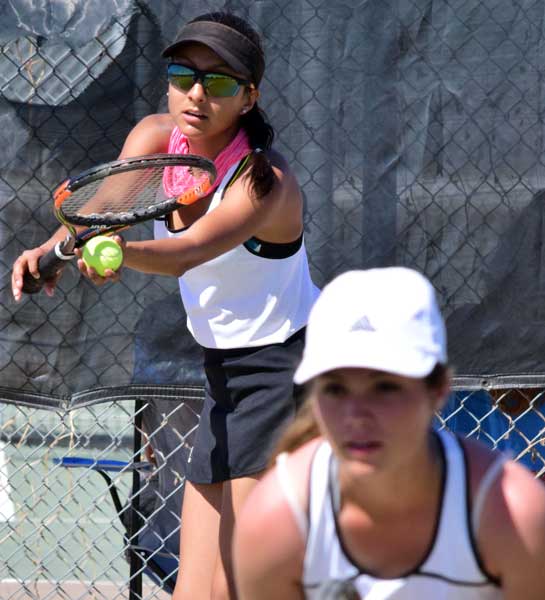 Photo By Raymundo Frasquillo: Logan McMaster was one of two Thatcher seniors helping the Eagles win a couple of tie-breakers to finish first in the tourney.

Cook changed the tourney format, from a double-elimination meet for singles and doubles entrants, to a round robin format where everyone plays as many matches as teams as entered. In this case, everyone would be getting six matches, or experience they may not get in the other format. The two-day meet utilized courts on three sites, at Thatcher and Safford high schools plus those at Eastern Arizona College.

Each team had four entrants, two singles and two doubles, but was not limited to the same members in each pairing for the meet. Coaches could change the order, going from singles to doubles, and in case of a tie, the tie-breakers were players of their choice.

Thatcher posted a 6-0 record in its tourney, with wins of 4-0 over both Morenci and Pima, 3-1 over both Benson and Douglas and 3-2 over both Miami and Safford.

“Our seniors pulled through for us,” Cook said, noting Dallin Cook and Logan McMaster won tie-breakers over Miami and Safford following the 2-2 deadlock against both teams. 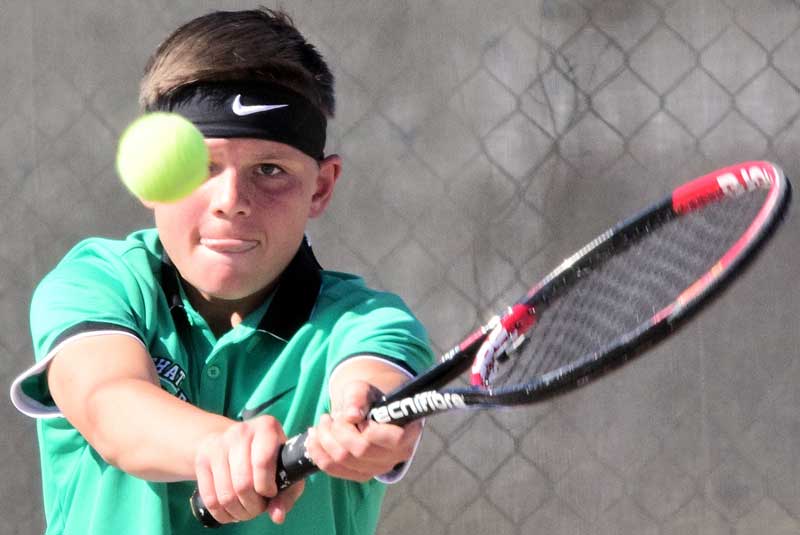 Photo By Raymundo Frasquillo: Grant Richardson was one of six Thatcher freshmen gaining experience during the two-day tourney.

Douglas won the girl’s meet with a 5-1 record, defeating Benson, Miami, Morenci, and Pima 4-0 plus winning a tie-breaker with Thatcher after a 2-2 deadlock. The Bulldogs’ lone loss was to Safford (score unavailable). 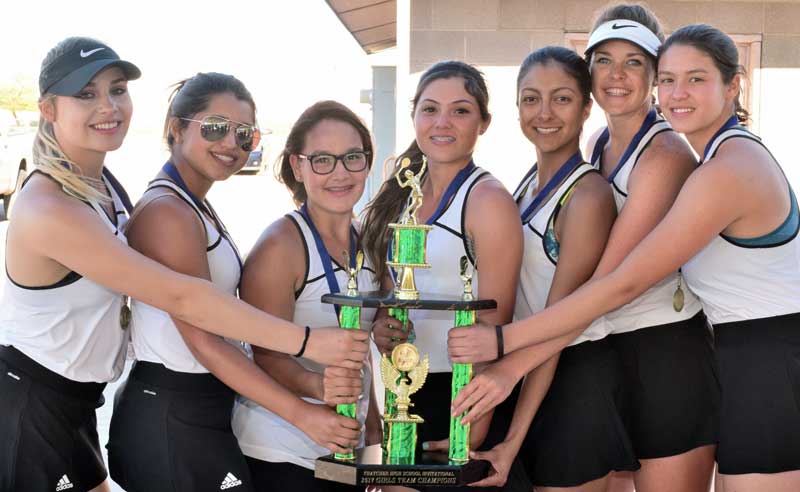 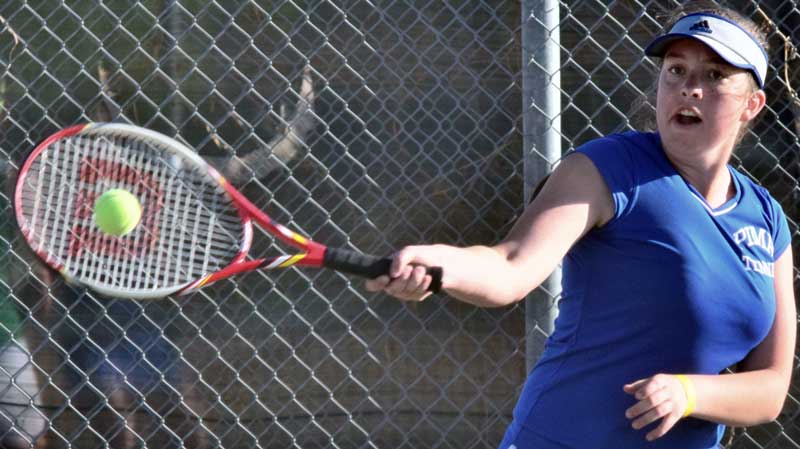 Photo By Raymundo Frasquillo: Pima’s Tiffany Weech concentrates on returning the ball during a match. 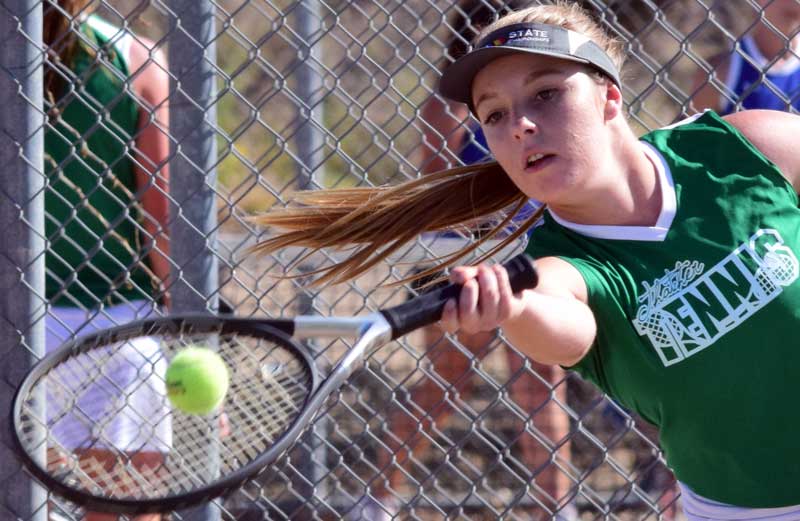 Photo By Raymundo Frasquillo: Hailey Greer of Thatcher steps up to return the ball during a tie-breaker with Safford. 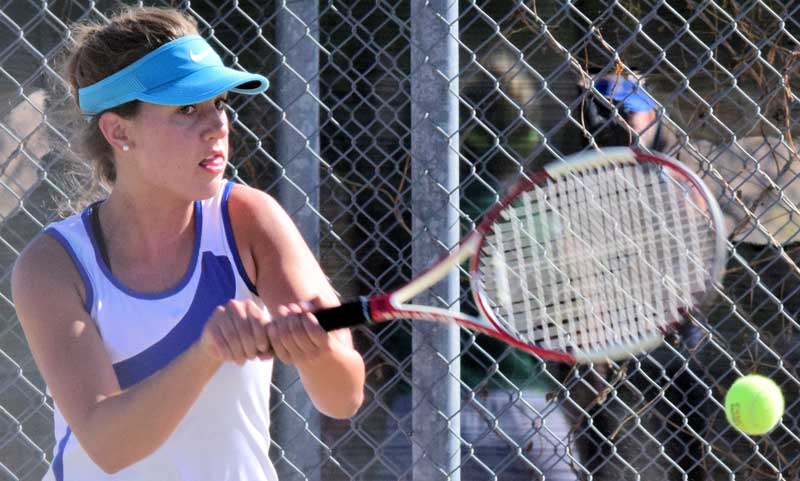 Photo By Raymundo Frasquillo: Safford seniors Polly Evans and Aleesha Clonts teamed up during a tie-breaker to defeat Thatcher’s Corrinna Bryce – Hailey Greer and finish ahead of the meet hosts.