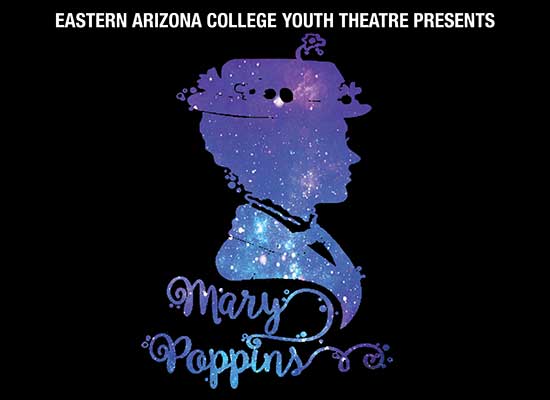 THATCHER, Ariz. — Eastern Arizona College’s Youth Theatre is excited to announce the upcoming, double cast performance of “Mary Poppins.” Cast One will perform Feb. 5 and 7, at 6:30 p.m., and Feb. 9, at 1 p.m., in the Activities Center-Lee Little Theatre. Cast Two takes the stage Feb. 6, 8, and 9, at 6:30 p.m. also in the Activities Center-Lee Little Theatre.

“This play promises to be an evening of fun for the entire family,” said the director, Penny Whetten. “This is a super-great group of kids with lots of participation. This will be one of the most fun productions we’ve ever done.”

Admission to the play is $3/person and tickets are available at the EAC Ticket Office at 428-8228 or at the door.