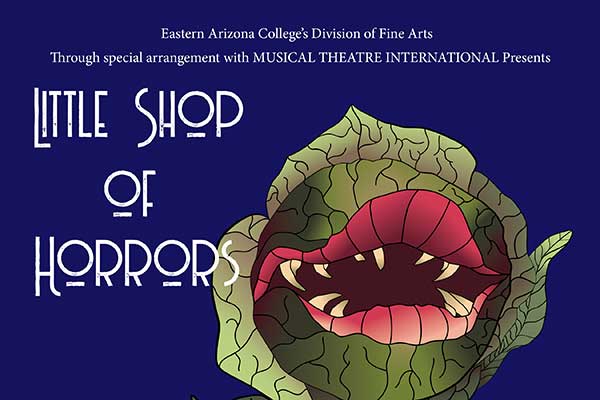 Little Shop of Horrors is a horror-comedy-rock musical with music by Alan Menken and lyrics and book by Howard Ashman. The story follows a hapless flower shop worker who raises a plant that feeds on human blood and flesh. The musical is based on the low-budget 1960 black comedy film The Little Shop of Horrors. The music, composed by Menken in the style of early 1960s rock and roll, doo-wop and early Motown, includes several well-known tunes, including the title song, “Skid Row (Downtown),” “Somewhere That’s Green,” and “Suddenly, Seymour.”

“Join us on a trip to Skid Row, where anything can happen,” says director Jeff Skiba. “Where dreams are built and destroyed, where the only direction to go is up, and where dark alleys are not the only thing to fear.”

Admission to the play is $5/person and tickets are available at the EAC Ticket Office at 428-8228 or at the door.