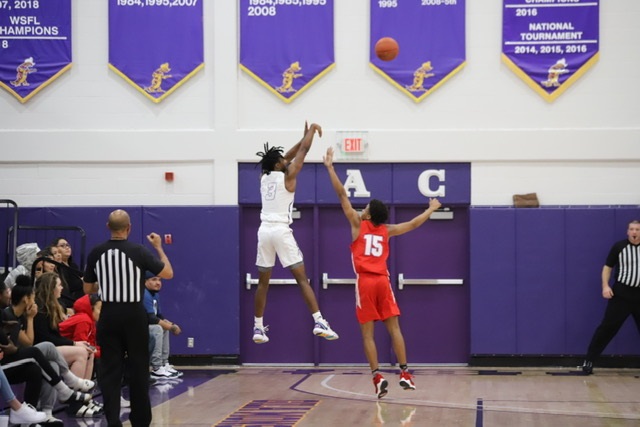 THATCHER — The Eastern Arizona College Men’s basketball team wasted no time getting started on Saturday night in their 82-61 win over Mesa. EAC led 14-0 before former Globe star BJ Burries hit the first basket of the game for the Thunderbirds to make it 14-3. The Monsters ran the score up to 20-6 and led 43-23 at halftime.

Freshman Jalen Brown led the Monsters fast start with 14 points. He would add another 14 points in the 2nd half for a game high 28.

Mesa made a 15-3 run midway through the 2nd half but the Monsters weathered the storm and cruised to victory.

Eastern Arizona will host Arizona Western on Monday night, March 2nd at 7:30pm for the Region 1 Championship. The teams split their regular season meetings with each team winning on their home court. It will be the first time EAC has hosted the championship since the 2006/2007 season.

The winner of Monday night’s game will travel to Salt Lake City, Utah to take on the 27-4 SLCC Bruins on Saturday, March 7th for the right to get the automatic bid into The Tournament in Hutchinson, Kansas.

Eastern Arizona’s last appearance in The Tournament was 2007/2008 when they finished in 5th place.