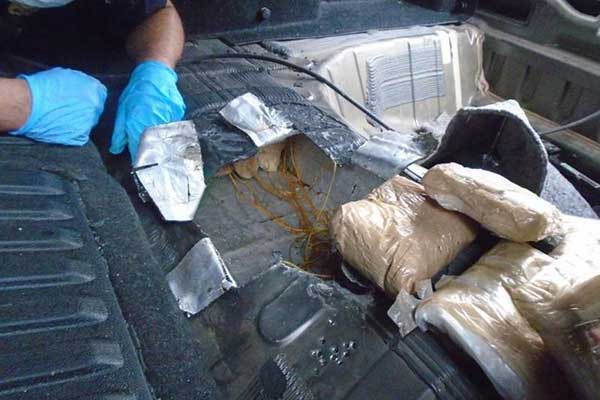 TUCSON, Ariz. – Customs and Border Protection officers at the Raul Hector Castro Port of Entry in Douglas, Arizona, prevented a Mexican national from smuggling more than $1.1M worth of hard drugs into the United States this past Friday.

Officers referred a 36-year-old Mexican man for a further inspection of his Chevrolet sedan Friday morning following an alert by a CBP narcotics detection canine to a scent it was trained to detect. When officers searched the vehicle, they found several dozen packages of drugs inside of the vehicle’s trunk. When tested, the drugs were identified as more than 37 pounds of heroin, with an estimated value of nearly $1,010,000. Also seized was nearly 4 pounds of cocaine, valued at nearly $90,000 and not quite one-half pound of suspected fentanyl, worth $6,000.

Officers seized the drugs and vehicle. The subject was arrested and then turned over to U.S. Immigration and Customs Enforcement’s Homeland Security Investigations.