Donna Jean Cope, 71 of Thatcher, passed away May 7, 2017 in Safford. She was born December 15, 1945 in Witchita Falls, Texas to John Franklin & Norma Jean Ellis. When Donna was one year old her parents divorced and her mother married William Carl Craufurd who adopted her as his own. They then moved to Apache Grove, where she and her brother, Pete, would help around the farm, dance hall, and would play for hours in the river with their dog Ike, the boxer. 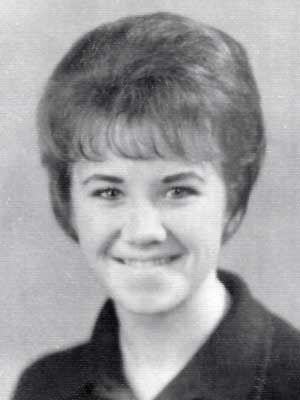 She attended kindergarten through 9th grade in Duncan then 10th through 12th in the old Morenci High School. Her graduating class of 1963. In 1969, she moved to Thatcher and retired from the Town of Thatcher after many years of service. She met and married Thomas Cope in 1976 in Pima and combined their families to make a house full of eight children.

Donna loved hunting, fishing, gardening, camping and traveling. She loved the White Mountains and trout fishing. She would call the White Mountains: “her’s & God’s country”. She also loved the ocean in California especially the way it smelled. Donna was a simple woman who was always the happiest when she was outdoors and with family.

She is survived by her husband of 41 years, Thomas Cope, with her children Jeff Ellenburg and Charity Wood and with step-children; David Cope, Darrell Cope Bobby Cope, Debi Cope, 12 Grandchildren and 12 Great grandchildren.

Donna was preceded in death by her children, Dally Lanceri and Penny Ellenburg as well as her parents William & Norma and her brother Pete Craufurd.