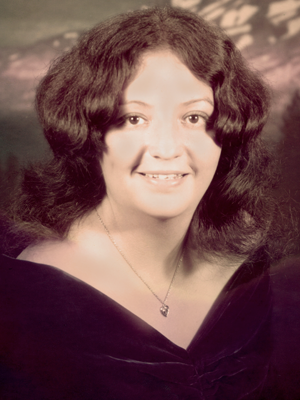 Diane Herrera, a resident of Glendale and formerly of Duncan, peacefully entered into eternal rest Saturday morning, April 23, 2016, at the North Mountain Rehabilitation and Medical Center in Phoenix. She was 57.

Diane was born May 5, 1958 in Morenci, the daughter of Lupe and Reymundo Abeyta.  She grew up in Duncan, obtaining her education and graduating from Duncan High School in the class of 1976.  Diane spent the majority of her adult life living in the Phoenix area.  She was employed as a cashier at Food City and Bashas’. Diane’s life was filled with many interests but, her proudest achievements were her five amazing children.  She especially enjoyed “girl time” with her daughters.  Diane will be remembered as a strong, thoughtful person who always put the interest of others first.