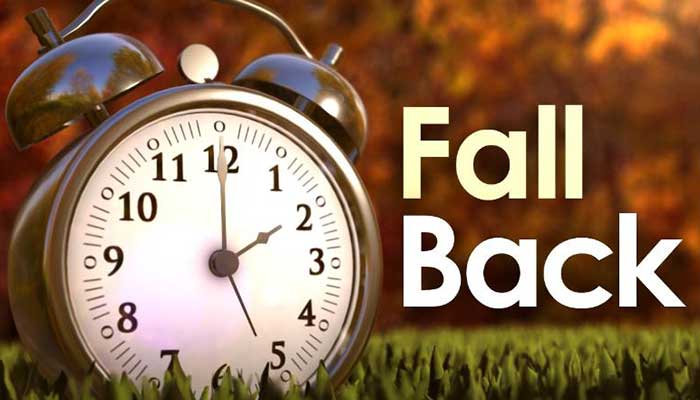 Arizona never went on Daylight Savings Time, so we won’t have to change our clocks or our bedtime routine.

The majority of Americans will roll back the clock to regain the hour they lost in March.  Arizona residents don’t have to do anything.

Arizona will be celebrating its 50th year of shunning Daylight Savings Time.

In 1968, the state Legislature voted to opt out of the Uniform Time Act that mandated Daylight Savings Time, a move that pushed sunset to a later hour.

Arizona will be two hours behind New York, one hour behind Chicago, and we will be considered on Mountain Standard Time, being one hour ahead of California.

Also, Arizonans won’t lose an hour when they travel to New Mexico, we will be on the same time.

The time change starts Sunday morning at 2:00am.

In 1916, during World War I, Germany became the first country to adopt DST to save energy for the war effort. Many countries across Europe soon followed suit. In the US, “Fast Time”, as it was called then, was first introduced in 1918. The initiative was sparked by Robert Garland, a Pittsburgh industrialist who had encountered the idea in the United Kingdom.

Only 7 months later, DST was repealed. However, some cities, including Pittsburgh, Boston, and New York, continued to use it.

In 1942, at the height of World War II, President Franklin D. Roosevelt reintroduced the measure, instituting year-round Daylight Savings Time in the United States. Referred to as War Time, DST was in force continuously from February 9, 1942 to September 30, 1945.

From 1945 to 1966, there were no uniform rules for DST in the US. This caused widespread confusion, especially for trains, buses, and the broadcasting industry. As a result, the Uniform Time Act of 1966 was established. While granting US states the ability to opt out of DST, the law provided a framework for a nation-wide, synchronized DST schedule, starting on the last Sunday of April and ending on the last Sunday of October.

During the 1973 oil embargo, the US Congress ordered a year-round DST period lasting from January 1974 to April 1975. The rationale was to study the effects of seasonal time change on energy consumption. Following staunch opposition from the public and the realization that the measure yielded only modest energy savings, the plan was soon amended to allow for a return to standard time during the winter months.

After the energy crisis was over in 1976, the DST schedule in the US was revised several times throughout the years. From 1987 to 2006, the country observed DST for about 7 months each year. The current schedule was introduced by the Energy Policy Act of 2005 and has been followed since 2007.

Daylight Savings Time in the United States begins each year on the 2nd Sunday in March, when clocks are set forward by 1 hour. They are turned back again to standard time on the 1st Sunday in November.

The Energy Policy Act of 2005 gives every state or territory the right to opt out of using DST.

In the contiguous US, only Arizona currently exercises that right. Clocks in most of the state, including its capital, Phoenix, remain on Mountain Standard Time (MST) all year. The only exception is the Navajo Nation in northern Arizona, which follows DST to stay in sync with the parts of its territory extending into Utah and New Mexico—both states observe DST.

Other parts of the USA that do not follow DST are Hawaii and all of the country’s external territories, such as Puerto Rico, Guam, and the US Virgin Islands.

In 2006, the state of Indiana, after having abstained from changing its clocks since 1970, decided to join the national DST regime.