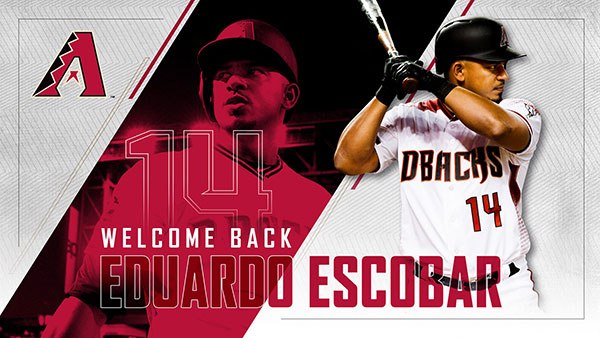 The Arizona Diamondbacks agreed to terms with INF Eduardo Escobar on a three-year contract through the 2021 season.