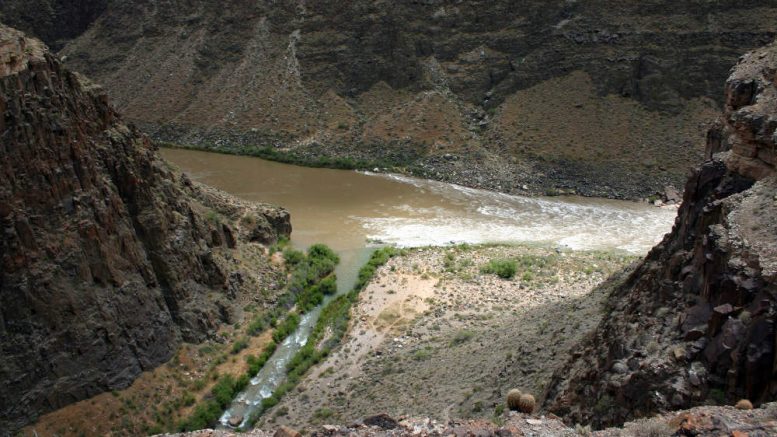 Contributed Photo: A 14-year-old boy and 62-year-old woman lost their footing and were swept away in Tapeats Creek on Saturday. This 2011 photo shows where Tapeats Creek meets the Colorado River in the Grand Canyon. Image taken by Flickr user thegrekle and used by permission under a Creative Commons license: https://creativecommons.org/licenses/by/2.0/

GRAND CANYON NATIONAL PARK, Ariz. (AP) — Authorities were searching Grand Canyon National Park on Monday for a teenager and a woman who were swept away by water as they tried to cross a creek over the weekend in a remote part of the park.

Two fellow hikers in their group alerted officials by setting off an emergency GPS locator beacon in the backcountry below the canyon’s North Rim, according to Chief Ranger Matt Vandzura of the National Park Service. 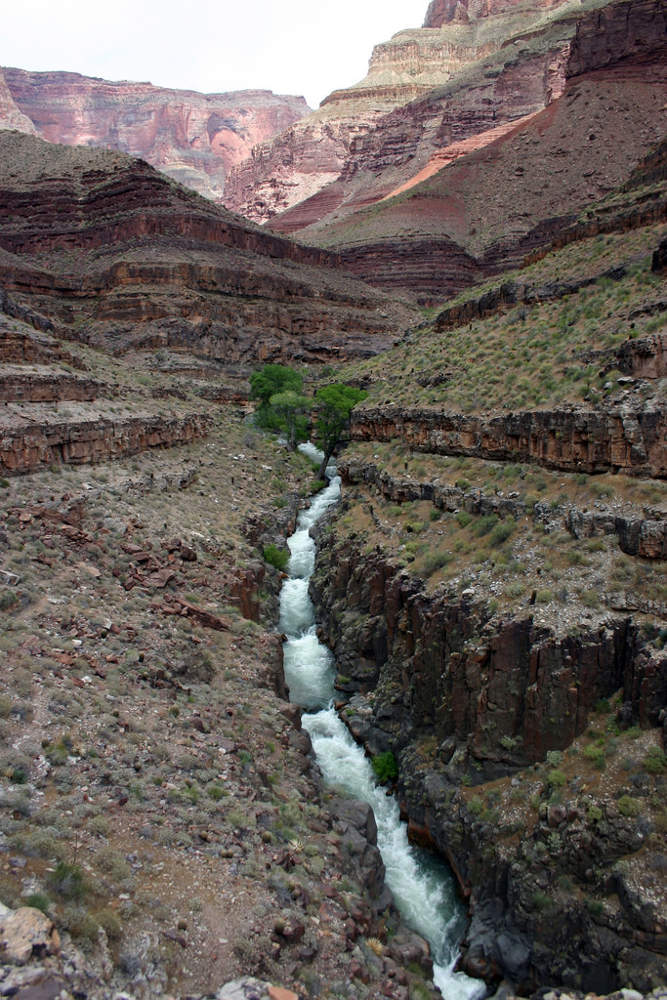 Contributed Photo: Tapeats Creek flows near the Grand Canyon in this 2011 image. Authorities are looking for a woman and boy who were swept away in the creek on Saturday. Image taken by Flickr user thegrekle and used by permission under a Creative Commons license: https://creativecommons.org/licenses/by/2.0/

He said the 14-year-old boy and 62-year-old woman lost their footing and were swept away Saturday in Tapeats Creek, a tributary of the Colorado River that runs through the Arizona landmark.

Vandzura declined to identify the missing, the other hikers or their relationship to each other. He said it’s too early in the investigation to determine what went wrong.

No rain or flash flooding was reported in the area, but it was not known whether the water level of the creek was higher than usual.

The Park Service describes conditions in the area on its website, warning that melting snow or heavy rain may make crossing the creek impossible. It also said hikers can use a “sketchy, seldom used trail” that lets them walk around the creek when the water is high, but that the path should be used only as a last resort.

Vandzura said the four hikers in the group were on a different trail that crosses the creek.

An Arizona Department of Public Safety helicopter searched for the missing pair Saturday night, and the Park Service sent a helicopter and several ground crews to comb the area Sunday.

The Park Service resumed the search Monday with ground crews, a helicopter and a drone.