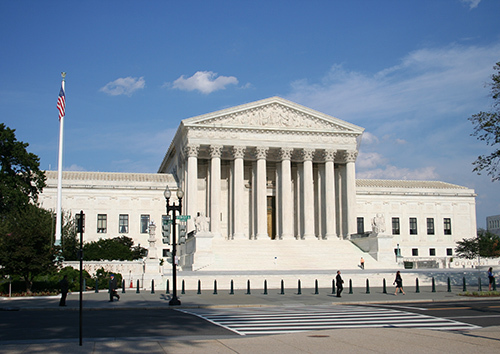 WASHINGTON (AP) — The Supreme Court is upholding the broad reach of a federal law that bans people convicted of domestic violence from owning guns.

The justices on Monday rejected arguments that the law covers only intentional acts of abuse and not those committed in the heat of an argument.

The case involved two Maine men who said their guilty pleas for hitting their partners should not disqualify them from gun ownership.

The dispute drew interest from advocates for victims of domestic abuse who say the law applies to reckless behavior as well as intentional misconduct.

Gun rights groups argued that the men should not lose their constitutional right to bear arms because of misdemeanor abuse convictions.

A federal appeals court ruled against the men.