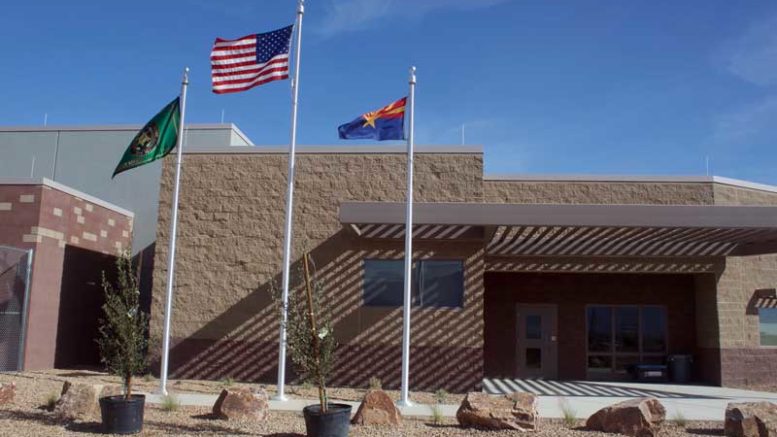 Disclaimer: The following article may not be suitable for younger readers. There are also police body camera videos in this article that some people may find disturbing.

GRAHAM COUNTY – Kevin Lloyd Barnes will tell you himself he is no saint, but he said he was unfairly treated by the Graham County Sheriff’s Office after being beaten twice by the same deputy to the point of hospitalization. The second incident required surgery at a Tucson hospital.

Gila Valley Central has obtained police body camera footage of both incidents and has included the videos in this report.

The deputy in question, Steven Mingura, has past accusations regarding the use of excessive force while on duty for the Greenlee Sheriff’s Office and Clifton Police Department.

He was indicted by a state grand jury on Jan. 17, 2013, on three counts of aggravated assault after an investigation by the Arizona Department of Public Safety found three separate incidents (two as a deputy with Greenlee County and one as an officer with Clifton) where investigators said he crossed the line. One incident involved Mingura allegedly using his TASER on an individual with muscular dystrophy eight times during an arrest.

Mingura was placed on administrative leave by then Clifton Police Chief Andy Britton, who requested an investigation by the DPS. The case against Mingura was later dismissed without prejudice in Apache County Superior Court by then Attorney General Tom Horne after witnesses failed to show up to court to testify. 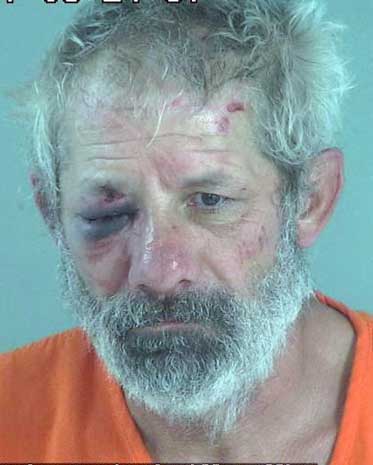 Contributed Photo/Courtesy GCSO: Kevin Barnes was booked into jail on multiple aggravated assault charges and resisting arrest. He later had to have surgery in Tucson for his injuries that occurred during his arrest.

So far in the recent allegation against him, Mingura has been allowed to continue to work as usual and Graham County Sheriff P.J. Allred has not ordered an outside investigation as of yet. That allowed Mingura to return to Barnes’ residence on a separate call two weeks after allegedly assaulting him and ended up striking Barnes so hard that Barnes required facial surgery. Allred said he couldn’t comment too much due to the situation being an ongoing investigation, but said he was waiting to see if the Graham County Attorney’s Office was going to file charges against Barnes regarding the second incident. The County Attorney’s Office declined to file recommended charges against Barnes of aggravated assault on an officer and resisting arrest regarding the first incident that took place Nov. 3, but did file charges of aggravated assault on a minor, resisting arrest, disorderly conduct/domestic violence, and criminal damage regarding the second incident that took place Nov. 14. Gila Valley Central spoke to Allred just prior to the charges being filed.

“As far as it all goes, we’ll just look into it and investigate it and see what we got going on,” Allred said. “Then, we’ll go from there, whatever it all comes out . . . If it needs to be looked into, we will.”

Part of the reason for the delay in investigating the situation, according to Allred, is that Barnes himself has not yet filed a complaint against Mingura. Although the night of the first incident, Barnes implored a County Sheriff’s sergeant to review the body camera footage to vindicate himself and show the deputy in the wrong.

“I think it should be known for what they had done to me,” (sic) Barnes told Gila Valley Central.

He said the situation was headed to a lawsuit but he needed to complete his medical situation for a “shattered cheekbone” and fractures to his nose and eye socket. “They’ll probably go ahead and put a plate in I guess,” Barnes said. “Through my life, I’ve been no angel, but I am not a violent person at all. What they did to me – especially in front of my children in my own house in my own living room – was wrong.”

Barnes has an extensive record, mostly for driving while under the influence of alcohol or drugs, but he also has one assault charge over a decade old and a couple of instances of disorderly conduct sprinkled in there as well. According to law enforcement, he is known to throw beer bottles when enraged, and that is why Mingura said he reacted the way he did during the first incident.

His accusations against Mingura stem from two separate incidents that took place at Barnes’ residence on Sparky Lane, southeast of Safford.

The first instance occurred Nov. 3, when deputies responded to a 911 hang-up call. Upon arrival, deputy Steven Mingura contacted Barnes, who was drinking a beer out of a bottle on his property. Mingura advised Barnes to put the beer down and he complied, according to a second deputy’s account.

Barnes said the 911 hangup was an accidental dial by his 8-year-old son messing around on his 13-year-old daughter’s cell phone and nobody else was home at the time. While the second deputy interviewed Barnes’ son, Mingura and Barnes cordially spoke at the fence, as shown in Mingura’s body camera footage. Barnes then agreed to speak with Mingura at the other side of the yard.

While walking to the other side of the yard outside of the fence, Barnes retrieved his beer and began drinking it again. Once outside the fence, Mingura ordered Barnes to put down the beer, and just as Barnes appeared to comply, Mingura forcibly tackled him to the ground.

Barnes was then handcuffed and when being turned over Mingura punched him three times to his face/head area.

According to Mingura’s report, Barnes “attempted to knee me in my head with a very hard knee strike. I blocked the strike with my right arm and felt Kevin trying to strike me again. I delivered three closed fist strikes to the side and front of Kevin’s face (two short closed strikes with my left hand and one closed strike with my right hand). This caused Kevin to stop trying to strike me and appeared to disorient him.”

The second deputy at the scene who helped handcuff Barnes had a slightly different take. He reported, “At this moment Kevin was on his left side with his face and knees facing away from deputy Mingura. Deputy Mingura then placed two closed fist strikes to the side of Kevin’s face.”

Barnes was then arrested for aggravated assault on a police officer and resisting arrest. He was taken to Mt. Graham Regional Hospital for treatment, and the sergeant on duty decided to release Barnes from custody pending a review of the incident, and he was given a ride home after being cleared from the hospital.

The Sheriff’s Office submitted the charges to the Graham County Attorney’s Office, which declined to charge Barnes after viewing the deputies’ body camera footage.

Deputies were then dispatched back to Barnes’ residence Nov. 17, after his wife called and said Barnes had thrown a cell phone and a beer bottle at her and their 8-year-old son. Barnes’ wife said the objects missed them and the beer bottle struck the ceiling and the boy had to duck to avoid it from falling down on him.

While multiple deputies were on scene for the second instance, Mingura also responded and was on scene to assist in taking Barnes into custody.

According to multiple Sheriff’s Office reports, Barnes would not get out of his chair to be arrested and had to be forcibly removed.

During the struggle, deputies took him to the ground and Barnes found himself face-to-face with Mingura again.

At that time, Mingura stated Barnes grabbed onto his testicles, which Mingura responded by punching Barnes in the face, breaking his cheekbone, nose, and eye socket while yelling at him, “don’t grab my balls.”

In the melee, Barnes’ 13-year-old daughter yelled at deputies to stop and she was also forcibly taken into custody. On the body camera footage, the juvenile can be heard attempting to have her dog attack the deputies while also cursing at them. The dog stayed put on the couch, however, and did not respond to the girl’s commands to attack.

Barnes’ 13-year-old daughter was referred to juvenile probation and was arrested for two counts of aggravated assault on a police officer, resisting arrest and disorderly conduct.

On Nov. 28, the day after his scheduled surgery in Tucson, Barnes was also charged with criminal littering.

To date, there has been no formal investigation of Mingura’s actions that Gila Valley Central is aware of and he has continued to serve as a deputy unheeded.