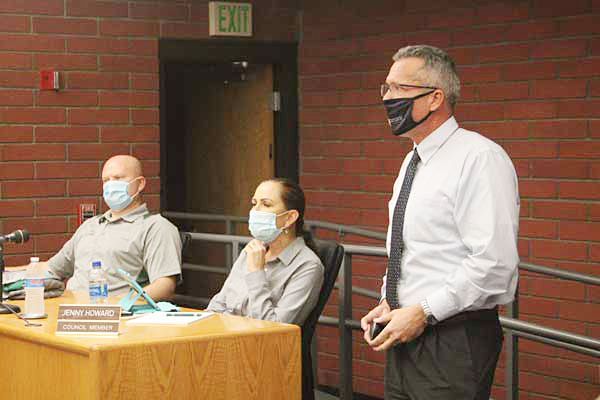 “The inability for it to really be viable long-term, to make a profit . . . be able to pay back the debt and the five-year work plan; those are the things that are right in front of us that we can’t delay anymore. We have to get those paid back,” Cook said.

Southwest Gas has expressed an interest in purchasing the gas division of the co-op. Southwest Gas currently services the area surrounding Graham County, including Clifton and Morenci in Greenlee County, northern Cochise County and the Gila County portion of the Peridot District on the San Carlos Apache reservation.

“Their scale of ability to have the resources to replace infrastructure and upgrade systems — they do this across three states, so they have the ability to scale on a level that we can’t,” Cook said.

The proposed Southwest Gas average monthly rate for residential customers ($48.56) would be slightly higher than those currently paid by co-op customers ($42.26); however, adding in the surcharge needed to cover the existing debt and the cost of needed system upgrades over the next five years would result in the co-op monthly charge being almost $30 higher than the Southwest Gas proposed rate.

The co-op board voted to take the question of a potential sale to the members. A two-thirds vote of the members at the annual meeting, Oct. 17, at Thatcher High School, will be required to move forward and, if members approve a sale, request approval from the Arizona Corporation Commission.