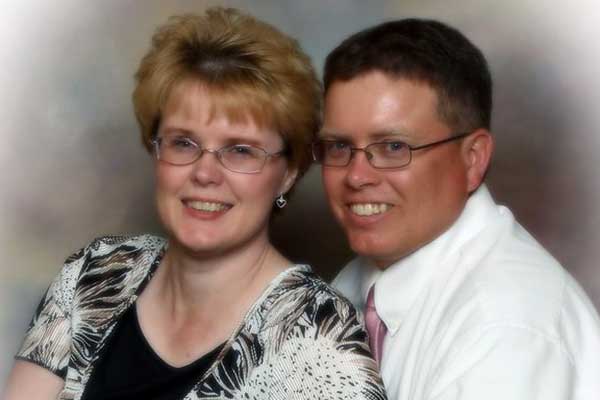 Charlene B. Moore, 51, of Socorro, New Mexico, lost her valiant battle with cancer in the late hours of April 11, 2018 surrounded by her loving family.  Charlene was born August 2, 1966 in Colorado Springs, Colorado to David William & Naydell Dees Ball.

The family settled in Duncan, Arizona where Charlene attended school, graduating from Duncan High School in 1984.  She went on to attend Eastern Arizona College from 1984 until 1986.  In May of 1986, she married the love of her life, Lann William Moore in the Mesa Arizona Temple. The young couple moved up north where Lann attended Northern Arizona University from 1988 until 1991 and then Charlene attended from 1991 until 1992.  She was a wonderful homemaker and mother as the couple lovingly welcomed each of their children; Lauren, Travis, Dayna, Preston, Trent and Wyatt.

Charlene was a lifelong member of The Church of Jesus Christ of Latter-day Saints and served in many capacities such as Primary President, Young Women’s President, and a counselor in the Stake Relief Society Presidency.  Three of her sons served 2-year missions for the church and one is currently serving his mission.

Charlene’s hobbies included spending time with her family, crocheting, cross-stitch, poetry and reading. She had a way with words and could create a poem in almost no time.  She was often asked to write poetry for special occasions, including the funerals of a number of close friends and family. While receiving chemo, she would crochet pot holders to pass the time and give them to her nurses when she was done.

She was always happy, very loving, nurturing and creative.  When she had her moments of discouragement, she always tried to find the good in every situation; she loved to serve others and would do almost anything for her family and friends.  She was a faithful friend to many.

One of her favorite poems is “A Picture’s Worth A Thousand Lies” by her daughter, Dayne Moore.  Three words that sum up Charlene’s life would be Strength, Love and Faith.

She is preceded in death by her parents David & Naydell Ball, her daughter Dayna Moore, brothers Lynn and Glynn Ball and her sister Carolyn Eyre.

A Memorial service will be held at 10:00 a.m. on Wednesday, April 18, 2018 at The Church of Jesus Christ of Latter-day Saints, Socorro Chapel in Socorro, New Mexico.

A viewing will be held on Saturday, April 21, 2018 beginning at 9:00 a.m. at the McDougal’s Caldwell Chapel in Safford, AZ, followed by the funeral service at 10:00 a.m.  Interment will be in the Central Cemetery following service.