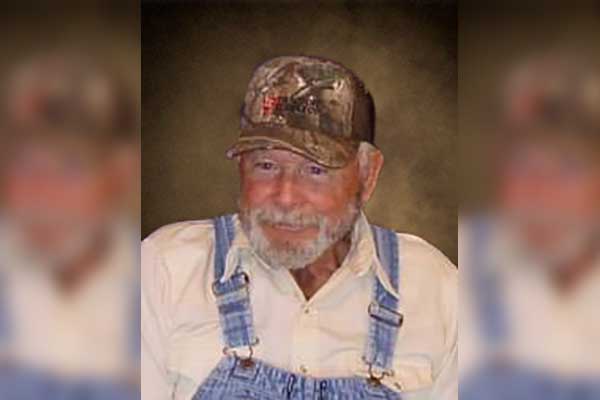 The Man. The Myth. The Legend. Men wanted to be him. Women wanted to be with him. Cecil Jerold Blount went to heaven in the early morning hours of June 5, 2019. He was 85.

Cecil’s greatest loves were God, his first and second wives, his 4 daughters, his numerous grandchildren, gardening, animals and food (except chocolate). John Wayne was his hero. He was the hero to his four daughters: Reba, Ruth, Emma and Darlene.

Cecil was a gifted gardener, tracker, cook and craftsman. He helped build Glory Light Assembly of God in Safford, and knew every brick, board and nail in that building.

Cecil loved to tell stories and most of them were true. Apparently, he didn’t know he was born in Lone Grove, Oklahoma, because he told us about three other towns in Oklahoma instead. He had a wealth of knowledge that he strove to pass along to anyone who would listen (even if you didn’t pay attention). Most of his advice was spot on. But on the rare occasion he was wrong, you probably didn’t pay attention to his exact instructions!

Funeral services for Cecil will be conducted Saturday, June 8, 2019, at 11:00 a.m., at the Glory Light Assembly of God in Safford, by Pastors Duane Middleton, David Alford and Warren Kalkstine. Concluding services will follow in the Safford Cemetery with military honors being conferred by the Gila Valley Veteran Honor Guard.