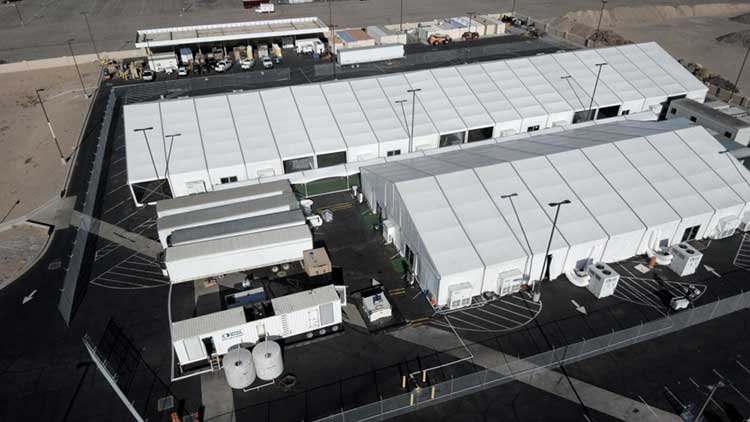 The temporary facility in Yuma, Ariz., is being established in response to the strain on resources and facilities due to unprecedented numbers of family units illegally crossing the border.

Construction of the facility began Saturday, June 15, as part of the ongoing response to the current border security and humanitarian crisis along the Southwest Border.

Temporary facilities like this one were previously opened in Donna and El Paso, Texas to help with the overflow of migrants. They successfully addressed the challenges of providing care for family units in custody.

The temporary, soft-sided facility will accommodate up to 500 individuals in U.S. Border Patrol custody while they await transfer to U.S. Immigration and Customs Enforcement, or the U.S. Department of Health and Human Services-Office of Refugee Resettlement. The temporary structures are weatherproof and climate-controlled for eating, sleeping, and personal hygiene.

U.S. Customs and Border Protection continues to work with other federal and international agencies to discourage potential illegal border crossers from embarking on the dangerous trip to enter the U.S. illegally.

Photos of the new facility are available on DVIDS at: https://www.dvidshub.net/feature/TempFacYumaAriz