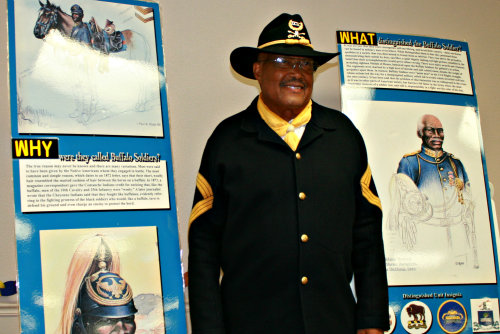 SAFFORD – Sometimes history is never acknowledged, and in that case, history must be rediscovered. This newly discovered history was free for all at the Safford-City Graham County Library on Wednesday.

“The legends tell us that it was the Native Americans who nicknamed them,” Hancock said. “Buffalo Soldiers was not a derogatory term as far as we know. It was a nickname given out of respect for the black soldiers and given by the Cheyenne Indians.”

Hancock told Gila Valley Central that although the Buffalo Soldiers played a very large role in the shaping the American south west, they are virtually unknown in the land they helped build. It is because of this glossing over of history, as Hancock puts it, that he provides educational lectures to bring to light the undiscovered history of the Buffalo Soldier.

During his lecture, Hancock went over the local historical happenings of the Wham Robbery. The Wham Paymaster Robbery, as some call it, was an armed robbery on the paymaster who was transporting $28,000 in gold and silver coins from Fort Grant Arizona, to Fort Thomas, on May 11, 1889. Major Wham and his Buffalo Soldiers were ambushed by bandits while in route. During the ambush, eight of the soldiers were wounded and forced to retreat, and the money was stolen. Isaiah Mays, a Buffalo Soldier, was shot twice in the leg. However, Mays was able to drag himself two miles to the nearest station and call for help. For his actions during the Wham Robbery engagement, Mays was awarded the Medal of Honor. 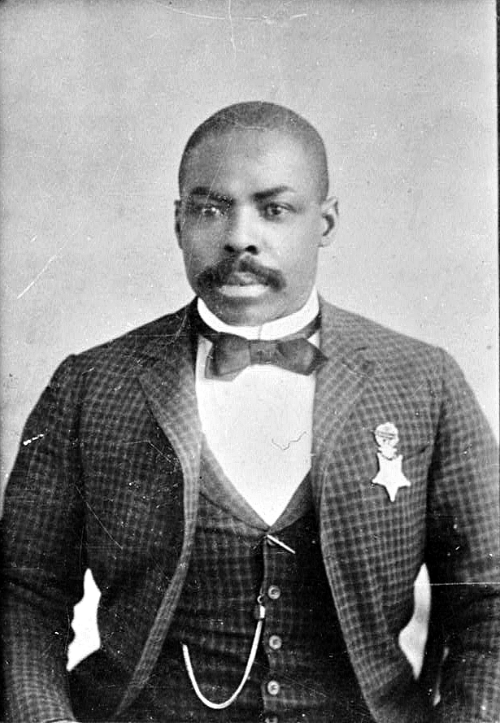 Isaiah Mays, recipient of the Medal of Honor for his actions during the Wham Robbery.

Individuals in the audience asked Hancock what happened to Mays. Hancock said that Mays traveled between New Mexico and Arizona, and eventually entered the Territorial Insane Asylum in Phoenix, Arizona. It was in this asylum, that Mays died and was buried.

The audience asked Hancock why Mays had been admitted to the hospital. To the evident dismay of the audience, Hancock answered that he didn’t know. A hush came over the small attending crowd, as the evident reality of what happened to the hero of the Wham Robbery sank in.  However, it was in this pause that Hancock finished Mays’s story. Hancock said that in 2009, the Old Guard Riders were given permission to have Mays disinterred from where he was buried at the asylum. They had him cremated, and escorted him from Phoenix to Washington D.C to have him interred in Arlington National Cemetery.

At this news, the audience broke into an applause.

“Hopefully, when the people leave this afternoon, (they) just google Buffalo Soldiers in Graham County or Buffalo Soldiers, Arizona and read about the rich history that these men played in Arizona,” Hancock said, “Not only has it been forgotten but it has been glossed over and not even talked about. This is a part of America history.”