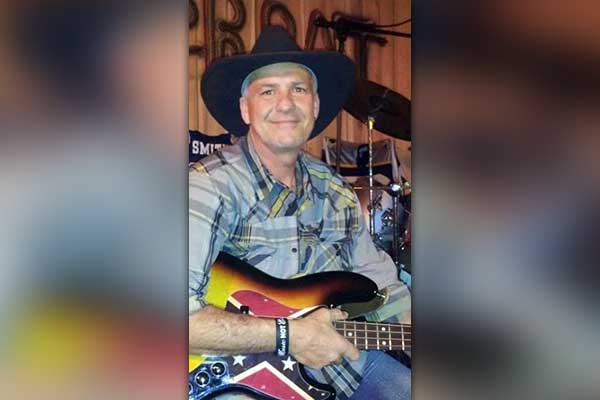 Bruce went to school in Hickman County and received his GED. Work-life for him had already begun when he was 15 at the local sawmill, which then initiated his long life as a hardworking man. His career was filled with many trades but he was most well-known for his 27 years of trucking and his brief years at Freeport McMoRan in Arizona. All while doing this, he still found the time to fall in love and build his family.

If you knew Bruce, then you knew Lori. They met when he was on the school bus in 1972, she was 10. They dated for roughly four long years, full of love letters and distance. Brucey and Lucy ended up getting married on June 17, 1977. She was 15 and he was 17. This was the beginning of their “perfect” love story as everyone called it. In 1978, they had their first child, Greg, and 1983 brought their second son, Brandon. And after all those-love filled years, in August of 2016, they decided to move across the country to be closer to family. That’s when he started his work at the local mine where he made friends with everyone he spoke to.

Bruce loved to play his guitars, especially his bass, alone and with his many friends, such as Outlaw Country. He also enjoyed spending time with family as much as he possibly could. Other than his massive love for anything western or rock and roll, you could find him outside on his side by side, with a gun, or with anything that had to do with those things. In the small time in which he wasn’t busy with those activities, he would devote all his leftover time to his Harley. Bruce also has a passion for capturing all the moments he could with his camera, even If the timing was terrible.

Bruce’s life will be forever be celebrated by his 3 siblings, Phillip (Diane), Michelle (Frank), and John (Kelly), his two boys, Greg and Brandon, his grandson, Trayton, and his many nieces and nephews in both Arizona and Tennessee. His personality and presence will be missed and he has changed all who knew him. He always brought happiness and joy to those around him.

A Memorial/Celebration of Life for Bruce will be held at the Common Sense building at the Graham County Fairgrounds on Friday, June 12, 2020, beginning at 3:00 p.m. This service will be to share all of the great memories this man left us with and celebrate all the good times.