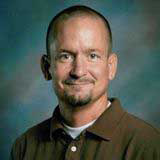 SAFFORD — The Arizona Community Foundation of the Gila Valley recently elected Brad Hemphill to its local Board of Advisors.

Hemphill is a lifelong resident of the Gila Valley, with his father’s side of the family arriving in Safford in the 1950s to run the Safford Motel. His mother’s side had been in the region for multiple generations.

In addition to his family’s long history in the region, Hemphill has also been actively engaged in making the community a better place to live. Leading up to his current role on the Safford City Council, he was the coordinator for Gila Valley’s Reach Out and Read, ran the Newspapers in Education program for the Eastern Arizona Courier, and served on the advisory board for the Safford City—Graham County Library.

Hemphill graduated from Safford High School in 1987 and continued his education at Eastern Arizona College and Western New Mexico University. He decided to return to the Gila Valley and begin a career in education, teaching for 19 years at Pima High School and serving as athletic director for a time as well. He coached football and baseball games and was the varsity girls’ basketball coach for 17 years, appearing in five state championship games.

In 2013, Brad had the opportunity to teach at Willcox High School with his father, Charlie. They were able to teach two years together before Charlie’s passing in 2015.

“I am continually impressed with the impact ACF has on local nonprofits and students and am excited to assist in the process,” says Hemphill. Hemphill joins the local team of seven other board of advisors who meet monthly to conduct foundation activities, chaired by Ted Prina.

Established in 1978, the Arizona Community Foundation is a statewide family of charitable funds supported by thousands of Arizonans. With five regional offices serving communities across Arizona, ACF is among the top 25 community foundations in the nation with more than $1.1 billion in trust and endowment assets and is certified under the National Standards for U.S. Community Foundations. Since inception, ACF and its affiliates have awarded more than $1.1 billion in grants, scholarships, and loans to nonprofit organizations, schools, and government agencies. More information is available at azfoundation.org.