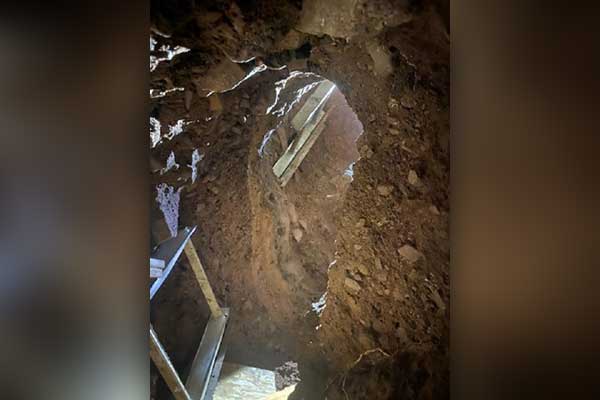 TUCSON, Ariz. – On Sunday, U.S. Border Patrol agents discovered the second cross-border tunnel running beneath the streets of Nogales in less than a week. 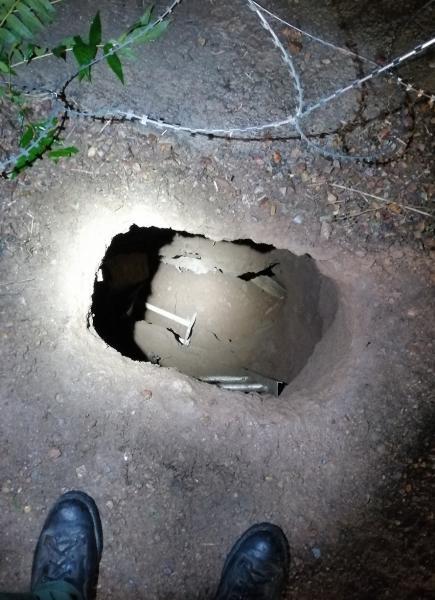 Mexico’s Policia Federal subsequently located the tunnel’s entrance in the floor of the existing Grand Avenue Drainage System in Mexico. The tunnel followed the footer of the International Boundary Fence at a depth of about 10 feet, crossed beneath it, and came up approximately 5 feet north of the fence.

U.S. authorities remediated the tunnel on Monday, December 9. This is the 125th tunnel discovered in the Tucson Sector since 1990 and the second discovered this month.

The tunnel’s entrance was concealed in the floor of an existing drainage system with a pile of dirt and capped with a Styrofoam and concrete mixture. At its entrance, the tunnel was approximately three feet wide and over four feet tall. It was located 10 feet underground and extended 20 feet into the United States.

U.S. Border Patrol and Mexican authorities will continue to monitor and inspect the incomplete tunnel until it is properly secured and remediated with concrete filler.

U.S. Border Patrol frequently works with strategic partners to conduct joint operations, and binational cooperation with Mexico plays a vital role in border security. During the week of Thanksgiving, U.S. Border Patrol partnered with the Mexican Federal Police Force on a four-day operation to target narcotics and human smugglers near Nogales, Sonora. These efforts aim to prevent the movement of illegal contraband or persons across the border.