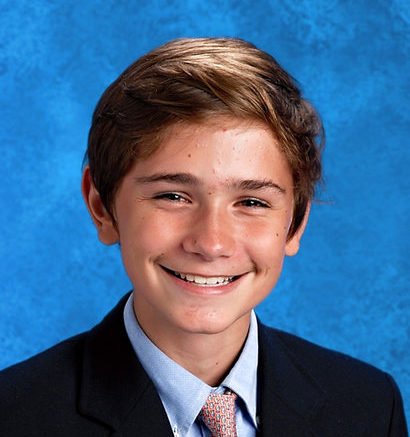 This undated photo released by the McCallie School in Chattanooga, Tenn., on Tuesday, April 18, 2017 shows Jackson Standefer. On Saturday, April 15, 2017, Standefer, 14, and his step-grandmother, Lou-Ann Merrell, were swept down a remote creek in Grand Canyon National Park in Grand Canyon National Park. Authorities are working to positively identify a body found Friday, April 28, thought to belong to 14-year-old Standefer. The family is holding out hope that the 62-year-old wife of a popular outdoor footwear company founder has the skills to keep them both alive until they're found, a family member said. (McCallie School, Chattanooga via AP)

GRAND CANYON NATIONAL PARK, Ariz. (AP) — The fate of a woman who went missing two weeks ago while on a Grand Canyon hike with her step-grandson remains an unknown while their family awaits the positive identification of a body found in the park and believed to be the 14-year-old boy.

The two went missing April 15 while in the bottom of the canyon during a hike from the North Rim to an area known as Tapeats Creek. 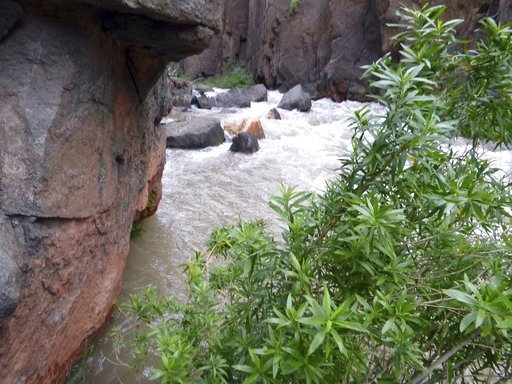 This Sunday, April 16, 2017, photo provided by the National Park Service shows Tapeats Creek in Grand Canyon National Park in Arizona. Authorities are searching for Jackson Standefer, 14, and Lou-Ann Merrell, 62, after the pair lost their footing Saturday, April 15, and fell into the water during a family trip in a remote area of the Arizona park. A commercial group on the river Friday found a body that appears to be the 14-year-old boy, and authorities are working to positively identify it. (National Park Service via AP)

The Grand Canyon National Park says a body found Friday by a commercial river trip is likely Jackson Standefer, of Chattanooga, Tennessee. The body was taken by helicopter to the Coconino County Medical Examiner’s Office, which will confirm the identification.

Mark McOmie, Standefer’s uncle, said the family is waiting to comment until the body is formally identified. He described his nephew as a loving and well-loved boy who was always smiling.

Standefer and LouAnn Merrell were on a trip with Standefer’s mother and LouAnn’s husband, Randy, co-founder of Merrell Boot Co. Authorities say the teenager and his step-grandmother were crossing a creek when they lost their footing and were swept away. The Merrells are from Utah. 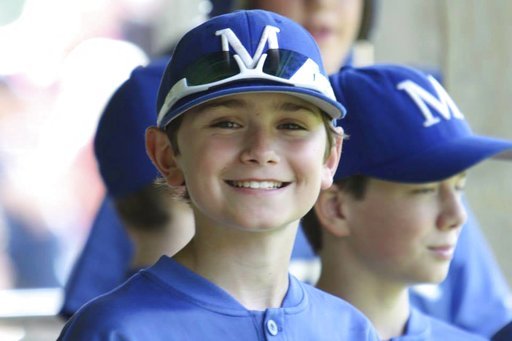 This undated photo provided by Mark McOmie shows Jackson Standefer. On Friday, April 28, a body that may be Standefer’s was found in the Grand Canyon, but the boy’s step-grandmother’s whereabouts are still unknown. Authorities have been searching Grand Canyon National Park for eighth-grader Standefer and his step-grandmother who were swept away as they tried to cross a creek during a family trip in a remote part of the park. Chief Ranger Matt Vandzura says the two lost their footing Saturday, April 15, 2017. (Mark McOmie via AP)

Standefer was an eighth-grade student at The McCallie School, an all-boys boarding institution in Chattanooga.

School spokesman James Tanner said Friday the school had no comment because it had just learned of the news. But Tanner said Standefer was active in outdoors programs, crew team and a youth Christian group.

Tapeats Creek is in a remote area of the Grand Canyon that isn’t frequented as often as other popular areas. Experienced hikers say it’s an arduous hike down the canyon that ends in stunning and unique views.