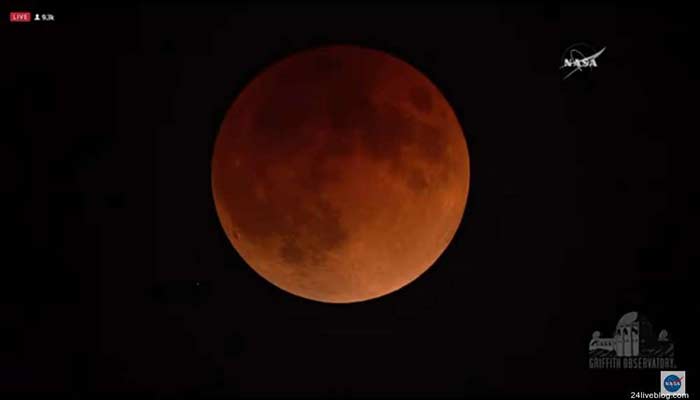 Stargazers were treated to a rare opportunity to see three rare lunar events all in the same night: A lunar eclipse, a blue moon and a super moon. A lunar eclipse is when the moon passes into the Earth’s shadow. Last night was the first lunar eclipse since 2015. A blue moon is when there are two full moons in a month. The first full moon of 2018 happened on January 1 and the second happened last night and again tonight. A blue moon is not as rare as the old saying, “once in a blue moon” implies. They happen about every 2.7 years. A super moon occurs when the moons perigee – it’s closest approach to Earth in a single orbit – happens during a full moon.

A small group of about 15 people gathered at Discovery Park this morning to witness the event. Paul Schulz, president of the Desert Stargazers club said that it was cold early this morning when the group met, but the group had a good time.

The full moon began this morning and will be full again tonight. Because of the close proximity to the earth, the moon will also be very bright tonight.

Here are some pictures from the Desert Stargazers outing (Courtesy of Paul Schulz):