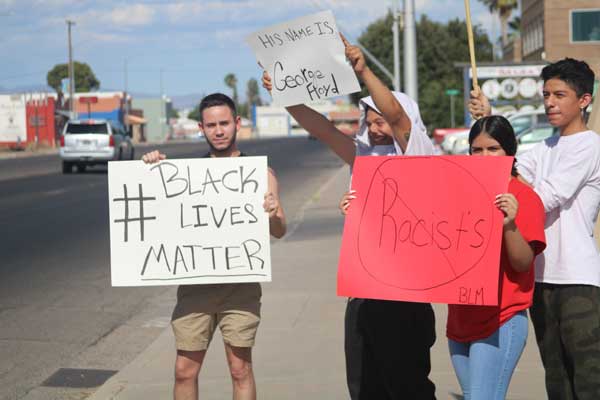 SAFFORD — Black Lives Matter came to the Gila Valley Monday in the form of a protest.

The protest along U.S. Highway 70, in front of Firth Park and the Graham County Chamber of Commerce Building, was organized by Kevin Reed, who promised a “peaceful protest.”

“We live in a very conservative community, that’s known, and so a lot of things don’t happen here. You don’t see protests, you don’t see the smaller man speaking their voice,” Reed said. “The fact is we don’t have a lot of people of color in our community, so it’s really our job as their allies to stand up and make their voices heard and their problems know.”

Safford Police Chief Glen Orr reached out to Reed to help him obtain a permit to use the city property for the protest.

Reed said the protest, which runs into the early evening, should have upward of 40 participants.