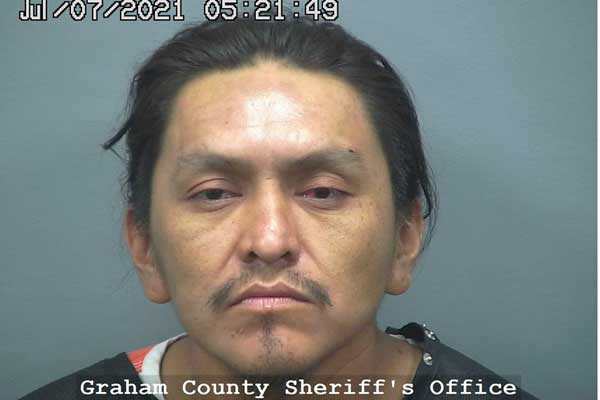 SAFFORD — Using a bicycle to flee from the police almost never works.

As was the case for Herman Harvey, who had an active arrest warrant and allegedly tried to evade Safford Police after they spotted him riding away from a local hotel.

When the bike proved unable to help him avoid capture, he discarded it and tried to run. After trying to gain entrance to two different businesses, police reported Harvey started to slow down from exhaustion.

Harvey was taken to the ground, handcuffed and taken into custody. A search reportedly turned up drug paraphernalia.

He was first transported to Mt. Graham Regional Medical Center for treatment of abrasions to his elbows and forehead. After he was medically cleared, Harvey was booked into Graham County Jail for the outstanding warrant and for possession of drug paraphernalia.