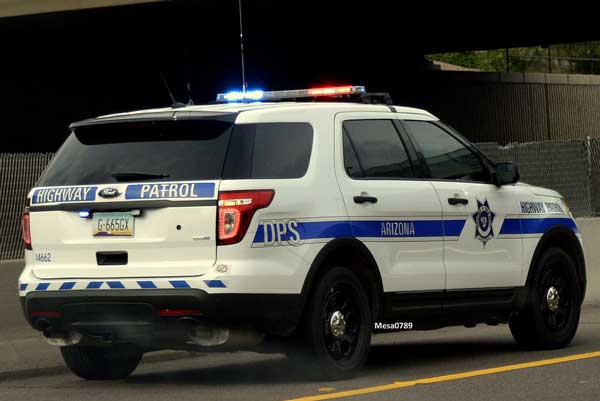 SAN CARLOS – A bicyclist from Great Britain was put in a coma Saturday, April 29, after being struck by a pickup truck while riding his bicycle on U.S. Highway 70 near San Carlos.

Stephen Michael Payne, 31, of West Wellow, Great Britain, was westbound at about 12:55 p.m. on U.S. Highway 70 just east of Peridot when a westbound, white, 2014 Dodge Ram 1-ton pickup truck driven by Alejandro V. Ruvalcaba-Esqueda, 23, of Phoenix, attempted to pass him. According to an Arizona Department of Public Safety (DPS) investigation, an eastbound vehicle was also traveling in the area at the same time, which likely influenced the truck driver to not give enough room when passing Payne.

The mirror of the truck initially struck Payne, who was then also hit by the truck’s rear-mounted tool box.

Payne was reportedly on a charity bicycle ride with an end destination in San Diego. His partner was traveling quite a bit faster and had already gone on ahead to see about getting a hotel room in Globe for the night and wasn’t aware Payne had been struck. The pair had just left Safford that morning.

Officers with the San Carlos Police Department were the initial first responders on the scene, and Payne was flown by Native Air transport to HonorHealth Scottsdale Osborn Medical Center.

According to the last report from the hospital to DPS, Payne was listed with numerous serious injuries and was in a coma in the hospital’s intensive care unit. Payne suffered a head fracture as well as a broken back, left arm, left shoulder and hip among other injuries. His parents flew in from Great Britain and, while they were dismayed at his extensive injuries, they were encouraged to see Payne squeeze their hands and move his eyelids, according to DPS Sgt. Stewart Shupe.

The crash occurred at a section of highway where a guardrail encroaches on the shoulder. However, according to Arizona law, bicyclists need not have to ride on the shoulder of the highway but only as far right as possible on the roadway. That means a bicyclist who is riding even to the inside of the white fog line is still in correct riding position as the shoulder is not considered a part of the roadway and anything past the white line can be construed as the shoulder.

Sgt. Shupe said Ruvalcaba-Esqueda would be given a citation from that statute for failing to give a safe passing distance between his truck and the bicyclist.

The incident marks the second severe bicycle versus truck incident on Graham County’s highways for the month. Norma Iris Rivera-Diaz, 54, of Safford, was killed after being struck by a truck April 11 while riding northbound on U.S. Highway 191 south of Safford near Powerline Road.