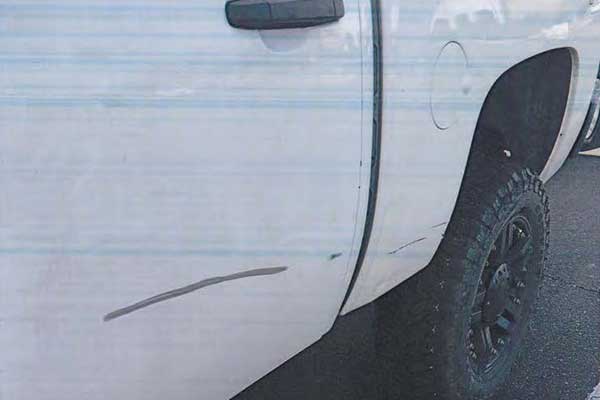 SAFFORD – Last Friday morning around 8:00 am, a bicycle collided with a truck at the crosswalk of 14th Avenue and 10 Street. When authorities arrived, a crowd of people could be seen around the juvenile and damage to the truck consisted of a scrape to the rear driver’s side door and bed of truck. The driver of the vehicle reportedly told authorities about a making a right hand turn onto 10th Street and was already driving thru the crosswalk when the cyclist hit their truck. The juvenile was taken to Mount Graham Regional Medical Center ER where they were treated for minor injuries and released to family. After an officer spoke with a witness who confirmed the driver’s experience, the cause of the collision was believed to be due to the cyclist not crossing in the crosswalk when it was safe to cross.