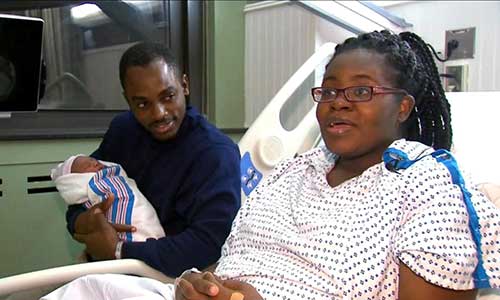 YONKERS, N.Y. (AP) — As many Americans hit the road on Thanksgiving, one baby couldn’t wait to join them.

Firefighters were called to help a woman in labor in a car on a suburban New York highway on Thursday afternoon. But the baby was born before they got there six minutes later.

It happened on the Sprain Brook Parkway in Yonkers, just north of New York City. Fire Lt. Peter Connelly tells The Journal News the woman gave birth in the reclined front seat of an SUV. The father was with her.

Connelly says firefighters checked the baby girl’s vital signs, cut her umbilical cord, made sure she was warm and helped her mother stay calm. Both were soon taken to a hospital.

Information from: The Journal News, http://www.lohud.com