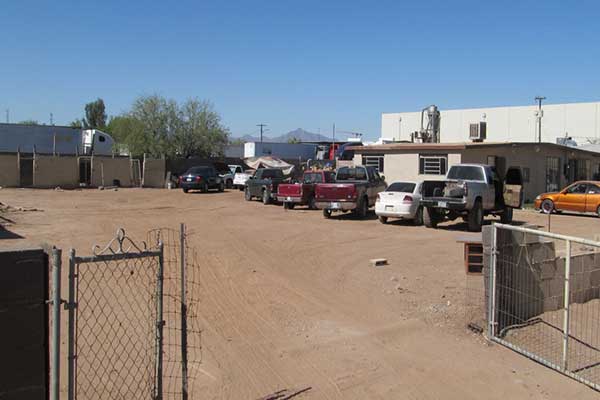 Phoenix — Arizona’s Border Strike Force (ABSF) Vehicle Theft Task Force (VTTF) detectives served three separate search warrants in the Phoenix area resulting in four arrests, the recovery of five stolen vehicles and the dismantling of a chop shop. It all started with information provided to Phoenix Police, which was then provided to ABSF detectives.

On May 14, 2018, detectives initiated surveillance of a residence and suspects in the Phoenix area and identified a stolen vehicle at the residence. Additional information obtained during the investigation revealed additional suspects involved in the trafficking of multiple stolen vehicles between multiple residences in the Phoenix area. A chop shop was also identified during the investigation which led detectives to obtain and serve several search warrants.

On May 22, 2018, with the assistance of the Special Operations Unit (SWAT Team), three search warrants were served at three residences in Phoenix. In all, five stolen vehicles were recovered, four suspects were arrested for multiple felony charges and outstanding warrants and a small amount of cocaine and drug paraphernalia were seized.

VTTF Captain Paul Etnire said, “We see stolen vehicles being used to commit other serious crimes, especially border-related crimes. The success of these search warrants resulted from the tip of a concerned citizen, and we encourage Arizonans to report suspicious activity to your local law enforcement agency or to the Arizona Counter Terrorism Information Center (ACTIC).”

The ultimate goal in the creation of the Arizona Border Strike Force is to deter, disrupt and dismantle transnational criminal organizations that breach the border in their quest to set up business in our state. Specific units within the Border Strike Force Bureau include the Canine District, the Southern Investigations District, and the Vehicle Theft District.

The VTTF is comprised of city, county, state and federal law enforcement agencies participating in a concerted effort to identify, apprehend, and prosecute individuals and criminal organizations that profit from the theft of motor vehicles and related crimes. VTTF provides a vital mission on behalf of the Arizona Automobile Theft Authority (AATA) to reduce vehicle theft in Arizona by deterring criminal activity through aggressive, proactive enforcement and by creating a public awareness through community education. Through continued grant funding from AATA, the VTTF will continue to provide exemplary services to the citizens of Arizona.

Jesus Francisco Felix-Rodriguez, 29, of Mexico
Charges: Four counts of theft of means of transportation. One count of possession/use of burglary tools

Jose Maximiliano Muro-Nunez, 22, of Mexico
Charges: One count of theft of means of transportation. One count of control of stolen property. One count of possession/use of burglary tools