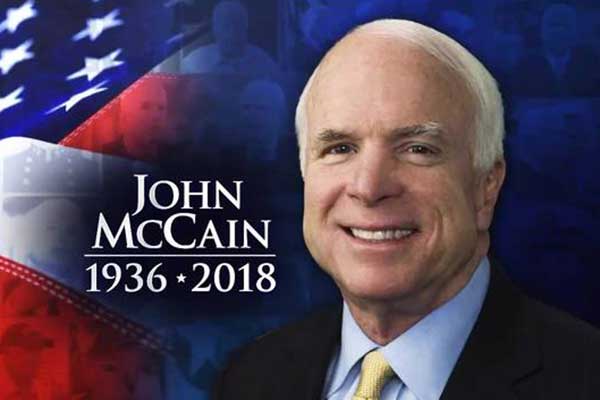 “John McCain is one American who will never be forgotten.

He was a giant. An icon. An American hero. But here at home, we were most proud to call him a fellow Arizonan. Like so many of us, he was not born here, but his spirit, service and fierce independence shaped the state with which he became synonymous.

Angela and I join all Arizonans in praying for Cindy and the entire McCain family during this difficult time and offering our full support.

As we mourn his passing and celebrate his truly phenomenal life, we’re also faced with the void John McCain’s absence leaves in the heart and soul of our nation.

John McCain fought for America every day — from the Navy through Vietnam to the U.S. Senate. He fought for what he thought was right, even when it wasn’t popular. His dogged patriotism and passion for country made him an inspiration, and a model, for all of us.

John McCain was about more than politics. He brought us above partisanship and challenged us to be great.

He once told us, ‘We’re Americans, and we never give up. We never quit. We never hide from history. We make history.’