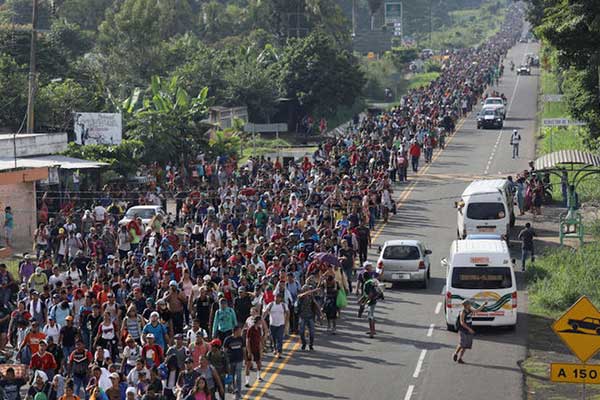 TUCSON, Ariz. – Customs and Border Protection (CBP) continues to prepare for the potential arrival of thousands of people migrating in caravans towards the United States border.  These preparations include training exercises, deploying additional CBP personnel, and partnering with the U.S. military to harden ports of entry.

CBP’s Office of Field Operations is continually assessing its capabilities and making the necessary preparations in anticipation of the migrating caravan.  On November 14, land ports of entry throughout Arizona began to ramp up operational readiness exercises and mobilization of resources.  As part of these preparations, Department of Defense personnel have continued to install concertina wire, pre-positioning barriers, barricades, and fencing as requested by CBP under Operation Secure Line.  This included the placement of large barriers, conex boxes on limited use northbound vehicular lanes of traffic, and tactical training exercises with personnel.

CBP will provide an update when the materials are removed and the lanes re-opened, however it is not anticipated this will occur until after the caravan arrives at the border.  Persons traveling through some ports of entry may anticipate periodic increased wait times because of these exercises.

CBP officials responsible for local border crossings must always maintain security while efficiently processing legitimate trade and travel into the United States.  The materials will be used to help strengthen border security, to ensure the safety of the American people, the traveling public, CBP personnel, and communities they serve.

Regardless of the operational contingencies that may arise, CBP officials say they will ensure border security, will act in accordance with the highest principles of law enforcement, and will treat intending migrants humanely and professionally at all times. CBP’s highest priority is the safety and security of the American people and the traveling public.