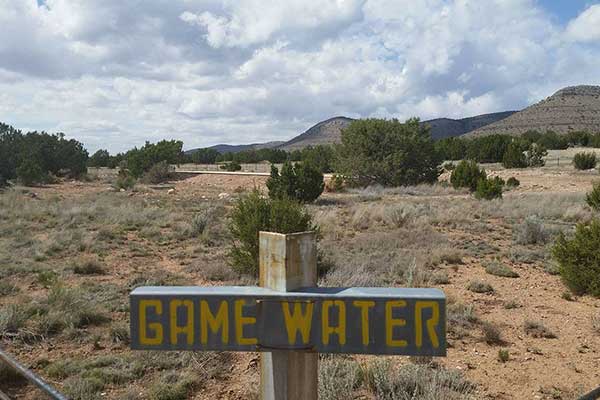 The Arizona Game and Fish Department is boosting efforts to refill water tanks for wildlife in the midst of drought.

The agency typically hauls about 400,000 gallons of water to tanks statewide in a normal year.   This year is exceptionally dry, and department officials say that figure will rise to 1.5-million gallons.

The water hauling also started much earlier than normal.  The agency began supplementing the catchments in November, which hasn’t happened in at least 20 years according to agency officials. The problem is that Arizona has not had rain and the tanks and tanks are going dry. Officials say that thousands of gallons that would normally be in the catchments are not there. In some cases water is being air-lifted to mountain tops for big-horn sheep. On a hot, dry, triple digit day, Game and Fish is pumping 1,700 gallons of water into the holding tanks.

The department monitors and maintains approximately 3,000 state and federally owned water catchments across the state. Elk, pronghorn, mule deer, javelina, turkeys, rabbits, birds and even bees are among the animals that take advantage of the water resources. The drier it gets, the further animals search for water, often leading them into towns.