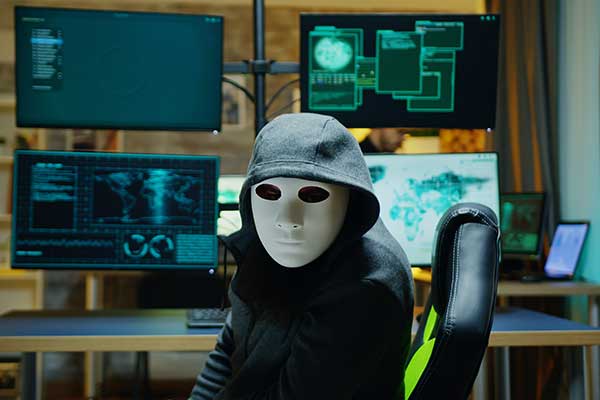 Have you received scam texts asking you if you want to sell a property you don’t own and have never heard of? It seems that one of the favorite addresses of scammers is a street number on Paradise circle. If you’ve ever responded to these to tell them you don’t own that property, you’ll get some line about how they’re an investment company and sorry for the mistake about the property, but we have a fantastic investment opportunity for you. Hopefully you haven’t been gullible enough to fall for it. But a lot of people have.

Cybercrime is rampant. This morning I got a scam text pretending to be from Amazon claiming that my account had been locked. They provided a convenient link for me to click on and clear things up. You can generally spot a scam by looking at where it came from. This text message actually came from an email address that was not Amazon. Like you, I get numerous emails trying to scam me. Some of them try to use the logo of the company they are impersonating, but oddly, most of them come from a gmail account. I always refer them to Google to deal with and since I’ve been doing that, the number of scam emails from gmail has significantly decreased.

Unfortunately, it seems that most of us are not able to spot a scam.

Americans are spending more time on the internet than ever before, and cybercrime is skyrocketing. Chances are you or someone you know has been impacted by malicious activity done via the internet as a new study found that 58% of Americans have fallen victim.

A new report from ThirdPartyTrust analyzed FBI data to find which states have the most cybercrime in the U.S. Arizona ranked #10 for cybercrime victims per capita.

Other report highlights include:

The most common ways Americans protect themselves online are by using strong passwords (85%), two-factor authentication (80%), and backing up their data (58%).

See the full report and get tips on how to protect yourself at thirdpartytrust.