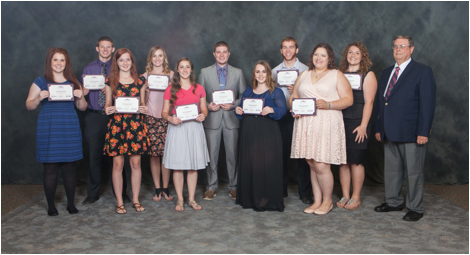 Some students who recieved scholarships are not pictured in photo.