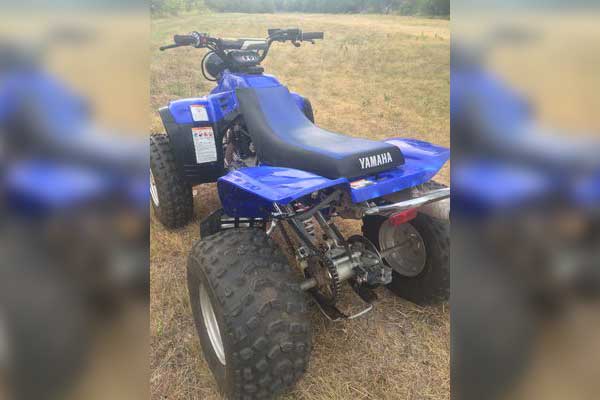 SAFFORD – Early last Monday morning before 6:00 am, authorities were dispatched to a residence on 5th Avenue about a reported theft of a blue 4 wheeler, a 2000 Yamaha Warrior 350. An officer spoke with the victim who stated the vehicle was sitting at the side of his house and when he went to leave for work this morning, it was gone. The man had just purchased the 4 wheeler about a month prior for $1400. The victim stated the 4 wheeler ran until a couple of days ago when it was wrecked. The victim had worked on it with a friend the day before in the front yard, but then pushed it to the side of the house. It would still start, but still had a lot of things wrong with it. The victim still had the keys, so it would have had to have been pushed.

It appeared to the officer, the 4 wheeler had been pushed out onto a cement sidewalk and then across a grass area and onto the street.