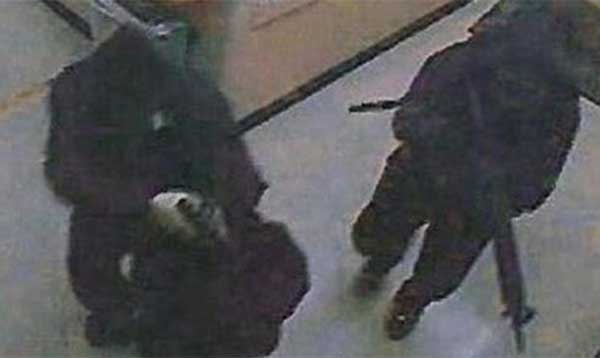 Two former Mazatzai Hotel and Casino employees in Payson, accused of robbing the casino of $650,000 have pleaded not guilty.

Armando Pablo Ochoa and Ryan Pearson are being held without bail since $93,000 of the stolen money has still not been recovered and officials worry they pose a flight risk if released.

The two men were arrested in early August after they reportedly robbed the casino in the early morning hours of July 17th.

The men reportedly parked Ochoa’s Dodge Charger across the Beeline Highway, near the Payson Event Center, ran across the roadway and through the woods and entered the casino through a rear employee entrance.

They left the casino the same way they came but witnesses claim to have seen Ochoa’s Charger parked close to the area just before the robbery.

Both men are being charged with a Hobbs Act robbery, the use of firearms during a violent crime and theft by employees of a gaming establishment on Indian land.