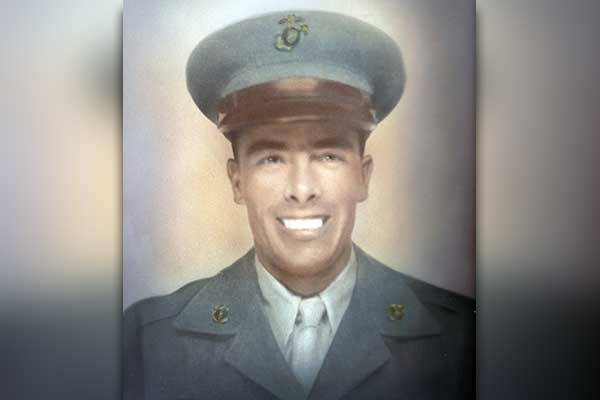 Alejandro “Alex” Sanchez Piñeda passed away at his home in Gilbert, AZ in the late hours of April 4, 2020, surrounded by his family.  Alex was born on May 3, 1929, in Picacho, New Mexico to Tomas Piñeda & Maria Sanchez Piñeda.

In 1946, Alex moved to Clifton, AZ and married Jesusita “Susie” Sanchez on January 7, 1950.  The couple was blessed with 2 sons; Alex Jr. and Albert.  He later joined the United States Marines Corp. and served until 1952 before being honorably discharged.

After his return from service, Alex began working for Phelps Dodge copper mine and worked there as a Trac-Air Operator until his retirement.

He was an active member of the Sacred Heart Parrish, Beneficio Propio, and the American Legion Post 28.  Alex enjoyed hunting, fishing, going to the casinos, dancing, attending church and most importantly, being with his family.  He was a big fan of the Arizona Diamondbacks, the Phoenix Suns, and the Arizona Cardinals.

Alex was known for his sunny smile and his happy joking. He had many hometown friends and enjoyed visiting with them as often as he could.  Alex was a loving husband, father, grandfather, and great-grandfather.

He is survived by his 2 sons; Alex B. Piñeda, Jr. and Albert B. Piñeda, 3 grandchildren, 1 great-grandchild, and his brother and sister.

Alex is preceded in death by his loving wife Susie, his son, his parents and brothers and sisters.

Graveside services for Alex will be held on April 16, 2020, beginning at 10:00 a.m. at the Sacred Heart Cemetery. Arrangements are under the direction of McDougal’s Caldwell Funeral Chapel & Gila Valley Crematory.  Online condolences may be extended at www.caldwellfuneralchapel.com.