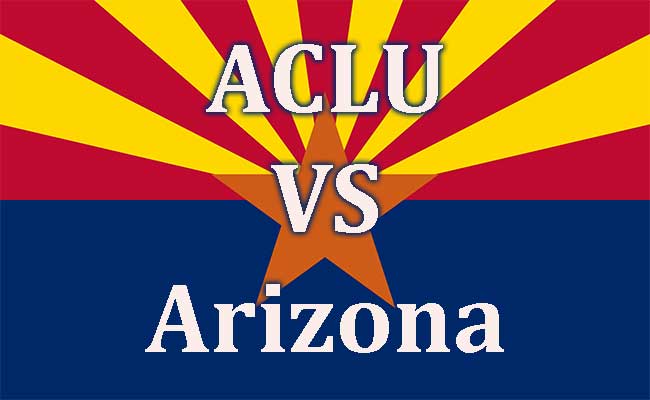 PHOENIX – Secretary of State, Michelle Reagan, has rejected an ACLU demand to unilaterally change more than five hundred thousand individuals’ voter registration addresses to the address listed on their Driver License and send a follow-up letter informing the voter of the address change.

Late last year, the American Civil Liberties Union (ACLU) wrote a letter to the Secretary of State’s office requesting she direct Arizona’s Department of Transportation (ADOT) to automatically update a person’s voter registration address when the person changes information on their driver license when using www.ServiceArizona.com unless the voter opts out.  But then the ACLU demanded that the Secretary of State’s office alter registration records without voters consent.

“The truth is we’ve already coordinated with ADOT to make these changes and they’ve scheduled them for 2019,” said Secretary Reagan.  “Any conflicting agreement with the ACLU at this point would only produce voter confusion.  While I fully expect the ACLU to file a lawsuit to force these changes before the fall election, our County Recorders and I agree; sending a letter to a half million voters that we changed their registration address without their permission right before an election would have an extremely negative impact on our voters.  I hope the ACLU does the right thing and allows us to implement reforms to the new system and find additional ways to improve the accuracy of registration data and further reduce provisional ballots.”

According to Secretary Reagan, making these changes could be costly and assumes the voter made a mistake.

“Many Native Americans remain registered at their registration address to vote in tribal elections but have a driver license address that corresponds to where they work or attend school.  Additionally, election officials have neither the manpower nor budget for generating letters and new ID cards this late in the election calendar,” said Reagan.  “For these reasons and others, I felt we had no choice other than to reject the demand and prepare for possible litigation.”