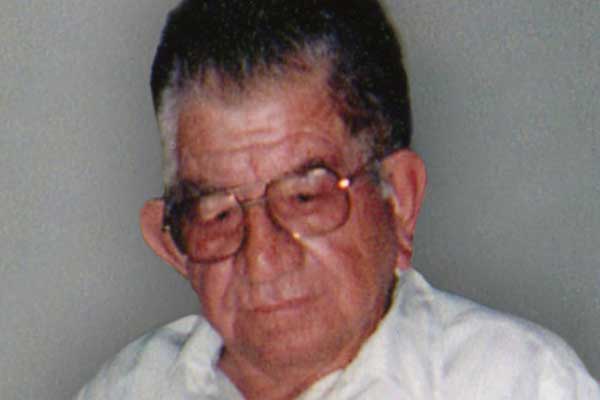 Jaime Maldonado, Sr., passed away peacefully on August 13, 2020, at the age of 88. Jaime was born April 30, 1932, in Solomonville, Arizona, to his father, Enrique and his mother, Matilde Guerrero-Maldonado. Jaime grew up and attended school in the Solomon/San Jose area.

In 1959, while performing locally as a stand-up comedian known as “Lechuga Llmon,” Jaime would meet and marry the love of his life, Lucita Sandoval. Jaime would become stepfather to children; Joe, Mary and Trini, then begin his own family with Lucita having their children; Rosie, Lina, Becky, Coni, Jaime, Jr. “Caveman,” Ruben “Moose,” Cindy and Little Joe. Being devoted parents, Jaime and Lucita also opened their loving home to granddaughters; Lorraine and Lucita Marie.

Jaime studied electronics in college which led to having a passion for television repair. After being employed by two local electronic companies, Jaime began his own television repair shop; Maldonado T.V., located on Main street in Safford. Years later, after closing his shop, Jaime was self-employed, working as maintenance at a local restaurant for over 10 years until he retired.

Jaime was well known by all and was keen to lend a helping hand to anyone needing help with repairs of any type. Jaime was experienced in repairs of electronics, automobiles, plumbing, electrical, other home repairs and would often refer to himself as “A jack of all trades but master of none.” Jaime enjoyed tinkering with anything electronic, taking long rides on back roads, drinking coffee, reading books, studying history and loved telling jokes.

A Mass of Christian Burial for Jaime will be celebrated Friday, August 28, 2020, at 11:00 a.m., at St. Rose of Lima Catholic Church by Rev. Nicodemus Shaghel. Committal will follow in the Safford Cemetery with military honors being conferred by the Gila Valley Veterans Honor Guard.