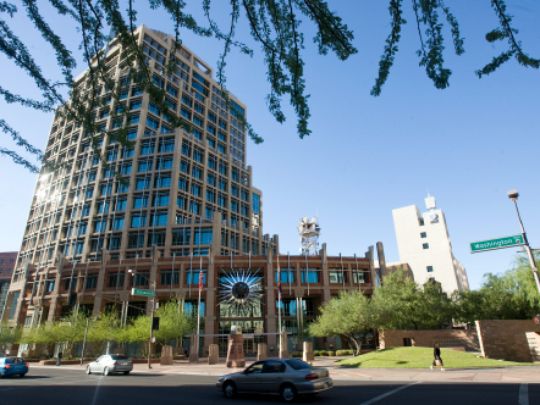 PHOENIX (AP) — Members of a satanic group will give the opening prayer at an upcoming Phoenix City Council meeting.

Some council members have objected, but city attorney Brad Holm says the government cannot exclude a religion from praying under such circumstances.

Satanic Temple member Stu de Haan says the group doesn’t intend to do anything offensive. He says the Satanic Temple doesn’t believe in a literal Satan but see the biblical Satan as a metaphor for rebellion against tyranny.

The Arizona Republic reports (http://bit.ly/1PEUycc ) that the temple will perform the invocation on Feb. 17.

The city’s invocation has been delivered by Christians, Jews, Muslims, Sikhs and people of other faiths. The temple submitted a request in December to give the prayer.

Information from: The Arizona Republic, http://www.azcentral.com