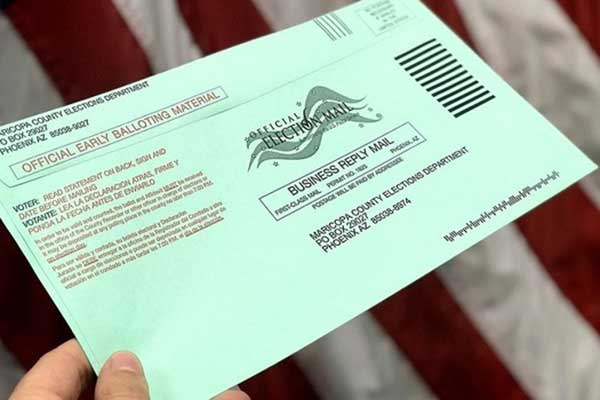 Elections officials have sent out more than 2 million mail-in ballots to Arizonans who plan to vote early in the Nov. 3 general election. (Flickr)

PHOENIX — Arizonans are setting records for early voting, with state officials expecting an unprecedented number of mail-in ballots. While the vast majority of early votes are accepted, officials say some could be rejected for technical errors. With less than a week before Election Day, what can an early voter do if his or her ballot is disallowed?

There are easy ways to resolve the problem, but there’s a limited time to do so. Alec Shaffer, Web content manager for the Arizona Clean Elections Commission, said most often the error is with the voter’s signature on the affidavit or ballot-return envelope.

“If the signature is wrong, so if they’ve maybe changed their name, or if they sign very differently than how they signed their registration initially,” he said, “they have — for the whole state — five business days after the election to contact the recorder and clear that up.”

If the envelope has no signature, Shaffer said, the voter has until 7 p.m. on Election Day to provide one to the County Recorder. He said most counties make an effort to contact voters when problems arise, but it’s best to use the online tracking system to check the status of your ballot.

Shaffer noted that a ballot also can be declared conditional or “provisional” if the vote is cast in person at the wrong precinct, the voter did not show a proper ID, or for problems with the voter’s registration status. Provisional-ballot issues must be resolved within five business days after the election or the vote won’t be counted. Shaffer said filling out all the information on the ballot return envelope can head off most problems.

“When you return your affidavit envelope, there’s a piece on there where you can provide your phone number,” he said. “I always recommend that voters fill that out, just because that’s a really easy way, if there is a problem, that election officials can contact you with that number, right then and there.”

Mail-in ballots also can be dropped off at any polling site or designated drop-box location through Election Day. According to Arizona law, you can’t drop off another person’s ballot for them unless you’re a close relative or designated caretaker. To track your ballot, go online to your County Recorder’s website or to the voting dashboard at MyArizona.vote.

Support for this reporting was provided by the Carnegie Corporation of New York.