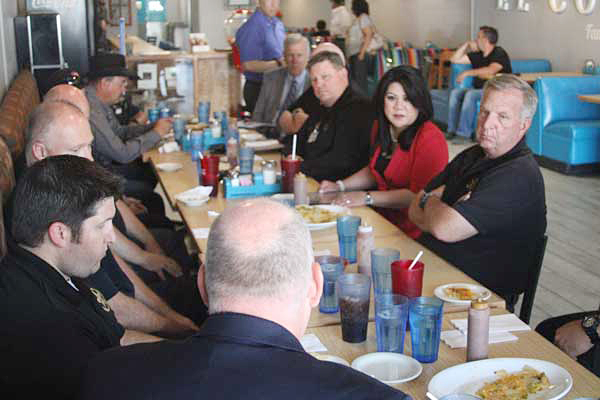 State Treasurer Kimberly Yee meets with local law enforcement and criminal justice represents during a May visit to Graham County. Yee announced her candidacy for governor and has picked up a few local endorsements. - David Bell Photo/Gila Valley Central

SAFFORD — With slightly more than a year before the primary, one gubernatorial candidate has picked up a number of notable local endorsements.

Yee is part of a crowded field interested in the Republican nomination for governor, with 15 potential candidates having filed Statements of Interest with the Secretary of State’s Office.

As of Thursday, six Democrats and four Libertarians have filed Statements of Interest for governor.

At the state level, none of the incumbents in Dist. 14, which represents Graham and Greenlee counties in the Legislature, have yet filed. Only one person — Democrat Douglas Nance — has filed a Statement of Interest to run for state Senator in the district.