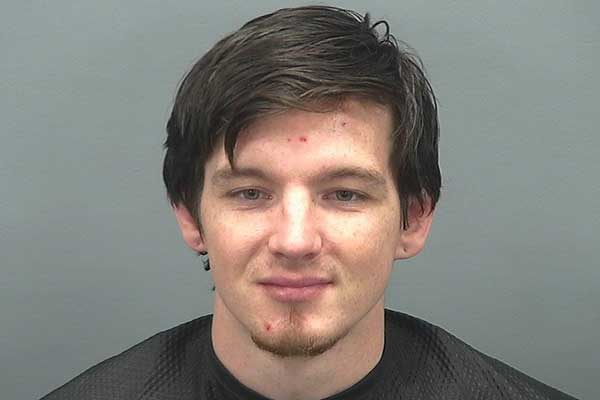 A Safford police officer on patrol last Wednesday at approximately 9:00 PM conducted a traffic stop of a vehicle driving 43 MPH in a marked 35 MPH zone on Highway 70.

The officer approached the vehicle on the passenger side to talk to the driver. As the officer spoke with the driver, he could smell the odor of marijuana coming from inside the vehicle. The driver identified himself as Robert Oates and said that he didn’t have his wallet or ID with him.

The officer asked if Oates had a medical marijuana card. Oates said that he did, but it was in his wallet at his house. According to the police report, Oates said that he was working for a medical company and was was on his way to deliver medication to a patient. The officer could see several items of marijuana paraphernalia in plain view. A black and clear small round jar (used to hold THC wax) was found in the ash tray area. A THC wax vape smoking device was found in the glove box.

The officer had Oates step out of the car and stand by his patrol vehicle while he ran Oates’ information through dispatch. The officer was advised that Oates did not have a current driver’s license and had two outstanding warrants for his arrest. Both warrants involved marijuana violations.

Oates was booked into the Graham County Jail for the two warrants and was cited for possession of drug paraphernalia.