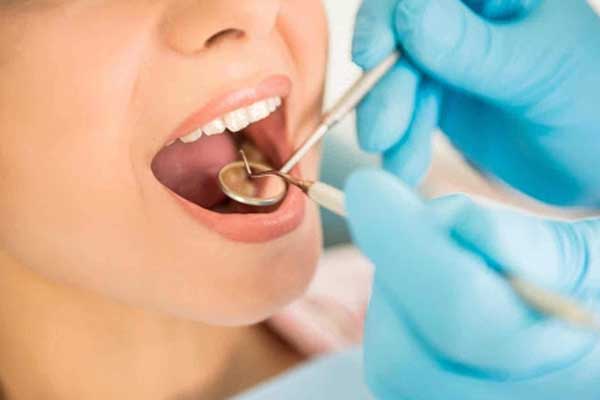 SAFFORD – Last Tuesday just before 3:00 pm, authorities responded to a local dental office regarding a disorderly woman. The staff told the responding officer that a woman came into the office demanding that the dentist remove her filling because it was sending radio signals to the aliens.

According to the staff, the woman became irate and began yelling and threatened to kill the dentist. The woman had been asked to leave. After causing a large disturbance at the business, and stating she was going to go to another local dentist to have the filling removed and re-filled, the woman left. The office staff called the other dental office to alert them that the woman was on her way over, however, the other clinic stated the woman had successfully had her filling removed and replaced by the dentist.

The dental office staff asked the officer to conduct a welfare check on the woman. The staff explained to the officer they had received a call from someone close to the woman, who apologized for her actions and stated she was not taking her medications and was having a psychotic episode.

After leaving, the officer placed a call to the person who apologized for the woman’s behavior and learned that she has a past history of psychosis and normally takes medication prescribed to her by her doctor. Recently, the woman had refused to take her medications and was having more and more severe manic psychotic episodes. It was reported the woman has been highly paranoid and has been making extremely odd statements. She has not been violent but it was feared that it could soon change.

The officer went to the woman’s residence to check on her. She insisted that she was fine and denied the incident at the dental office. The woman stated she went to the first dental office, but they refused to help her. When the officer asked her if she had been taking her prescribed medications, she answered “no” and seemed to be very offended by the question. When asked, the woman also answered that she would not be willing to speak with a doctor or counselor that day.

After leaving the residence, the officer called the woman’s doctor’s office and left a message for the doctor to contact authorities. The officer received a call back from the doctor two days later. He explained the situation and the doctor said that she would attempt to have a follow up visit with the woman.

According to the Treatment Advocacy Center, Some people with schizophrenia and bipolar disorder refuse treatment. The main reason they do so is that they have no awareness of their illness and do not think that they are sick; this is called anosognosia. Some people who refuse treatment can be persuaded to accept it by patiently working with them or by offering them a reward if they do so. Others continue to refuse treatment; in such cases there are a few options which vary by state depending on the laws of that state. The most effective of these options are assisted outpatient treatment (AOT); conditional release; and mental health courts.

The National Alliance on Mental Health offers some tips for friends and family to help loved ones stay on their prescribed medication. The site also recommends a book titled, I Am Not Sick, I Don’t Need Help.