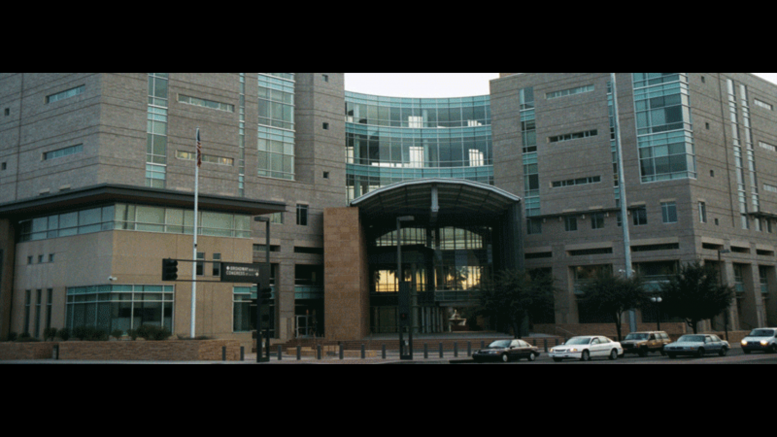 PIMA – An attorney for the town of Pima has filed his client’s answer to a federal lawsuit against the municipality, its town manager and council.

William H. Doyle, of The Doyle Firm, P.C., of Phoenix, filed a 25-page response Sept. 9 which denied all allegations of wrongdoing by the defendants.

The lawsuit lists the defendants to include Pima Town Manager Jeff McCormick, Mayor Tom Claridge, Vice Mayor Dale Rogers and councilors Russell Woods and Debbie Barr. Councilor C.B. Fletcher is not listed in the lawsuit because he was appointed to the council after the trespassing edict was done.

The lawsuit is in regard to the ouster of four women from the entire town of Pima due to a private statement at a rodeo.

Three of the four women who make up the renown “Pima 4”, Michele Ely-Haralson, her daughter, Whitney Haralson, and Shannon Acres filed the lawsuit in federal court requesting the town of Pima pay $500,000 in restitution for civil rights violations and “damaging their welfare.”

The plaintiffs previously filed a notice of claim through their attorney, Adriane J. Hofmeyr of the law firm Munger Chadwick P.L.C., which asked for a remittance of $150,000 each in damages for Ely-Haralson and Acres, and $200,000 in damages to Haralson. The fourth member of the group, Lori Harrison, did not join in hiring the attorney and has subsequently moved to Carlsbad, New Mexico, because she could no longer locally support her business as the director of the Southwest Barrel Racers Association, according to Ely-Haralson.

In Doyle’s response, the attorney argues that the plaintiffs did not file their lawsuit in a timely manner, have not been willing to mitigate their damages and that they assumed all the risks and hazards by participating in the activity.

Part of that statement is in direct contradiction with information given by the plaintiffs. The women previously told Gila Valley Central that they gave the opportunity to settle their case for as little as attorney’s fees and an apology, but McCormick allegedly flatly refused. McCormick has repeatedly denied to comment on the case and any related questions.

The response document concludes that the defendants “pray” the issue will be dismissed with no award to the plaintiffs for their “lawful costs, reasonable attorneys’ fees or such other further relief as the court deems just and proper.”

The claim of damages is a result of fallout from an edict McCormick issued, trespassing the women after an incident at a National Barrel Horse Association (NBHA) event at Vard Lines Memorial Roping Arena on Oct. 29, 2015.

According to Pima Police reports, one of the women used profane language in a private conversation to describe the event’s organizer, Crystal Steed, after they requested a refund upon learning about unpublished additional fees for the event. The women withdrew their riders and received their refund but were allegedly overheard by other riders during their conversation near the adjacent east arena.

A Pima Police officer was dispatched to the scene and asked the women to leave the area. They complied and believed that was the end of the situation. To date, none of the women have been charged with a crime.

However, after an alleged three-hour meeting between Steed and McCormick, the Pima Town Manager decided to trespass the four women from the town. The edict perplexed Ely-Haralson, not only just on face value, but why she and her daughter, who was not mentioned in any police report and apparently wasn’t even in the vicinity during the conversation, would be singled out along with Acres and Harrison while other parties who were also present, including Acres’ husband, Ed Acres, and Ely-Harlason’s husband, Shawn Haralson – both deputies with the Graham County Sheriff’s Office – were not trespassed as well.

In March, Pima Town Attorney Travis Ragland said the women were no longer trespassed from any town-owned building or property. McCormick followed up that with a statement May 9 and said letters rescinding the trespassing went out to all four women in March. However, only Whitney Haralson received a certified letter rescinding the trespassing (addressed to Whitney Ely) and the rest of the women say they have never received such a letter and the town could not produce any receipt acknowledging sending out such a document to them.

“I have not gotten any letter,” Shannon Acres said. “The only ones we got were the ones that reduced (the trespass notice) to the Pima Town Hall, pool and roping arena.”

A recent wrinkle to the case has been a new Arizona Department of Public Safety (DPS) investigation into the incident and fallout.

Pima Town Attorney Travis Ragland reportedly referred the case to the DPS to investigate as an independent review of the action of all of the parties, including those actions of the town’s government.

According to Eli-Haralson, the Pima 4’s attorney is not going to wait for the outcome of the DPS investigation, however, and is instead moving forward with scheduling depositions, which occur just before the start of a trial of this nature.

There is still a chance at mitigation during a settlement conference hearing, especially if the DPS investigation is not favorable to the town.

If that is not successful, the next phase would be to set a trial date for the Evo A. DeConcini U.S. Courthouse at 405 W. Congress St. in Tucson.