Contributed Photo/Courtesy GCSO: Shawn Greene, 36, was booked on a parole violation warrant after causing a standoff with officers at Garden Inn on Friday.

SAFFORD – A California couple were arrested and booked into the Graham County Jail on Friday after a standoff at a local hotel caused authorities to surround the room. 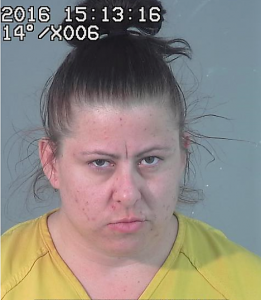 Officers were dispatched to the Garden Inn at 1578 W. Thatcher Blvd. at about 5 a.m. regarding a disturbance. Upon arrival, officers located a woman, initially identified as Ashley Ortega, 34, outside of the room but the male occupant, later identified as Shawn Evens Greene, 36, locked the hotel room’s door and would not open it for the police. Authorities later learned that Greene had an active parole warrant out of California stemming from an original robbery charge, according to a Safford Police press release. 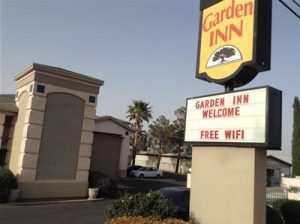 Officers were eventually able to talk Greene into leaving the room shortly before 11 a.m. and he was placed into custody for his warrant.

“Our officers and detectives did an outstanding job of managing a complicated and potentially violent situation (by) resolving it with no injuries to anyone,” Safford Police Chief Joe Brugman said in the release.

Greene was booked into the Graham County Jail for his warrant, and Ortega was booked under the name Ashley Dawn Evans for a charge of false reporting to a police officer. The release states neither Green nor Ortega (Evans) have any ties to the Gila Valley and were apparently just passing through the area.